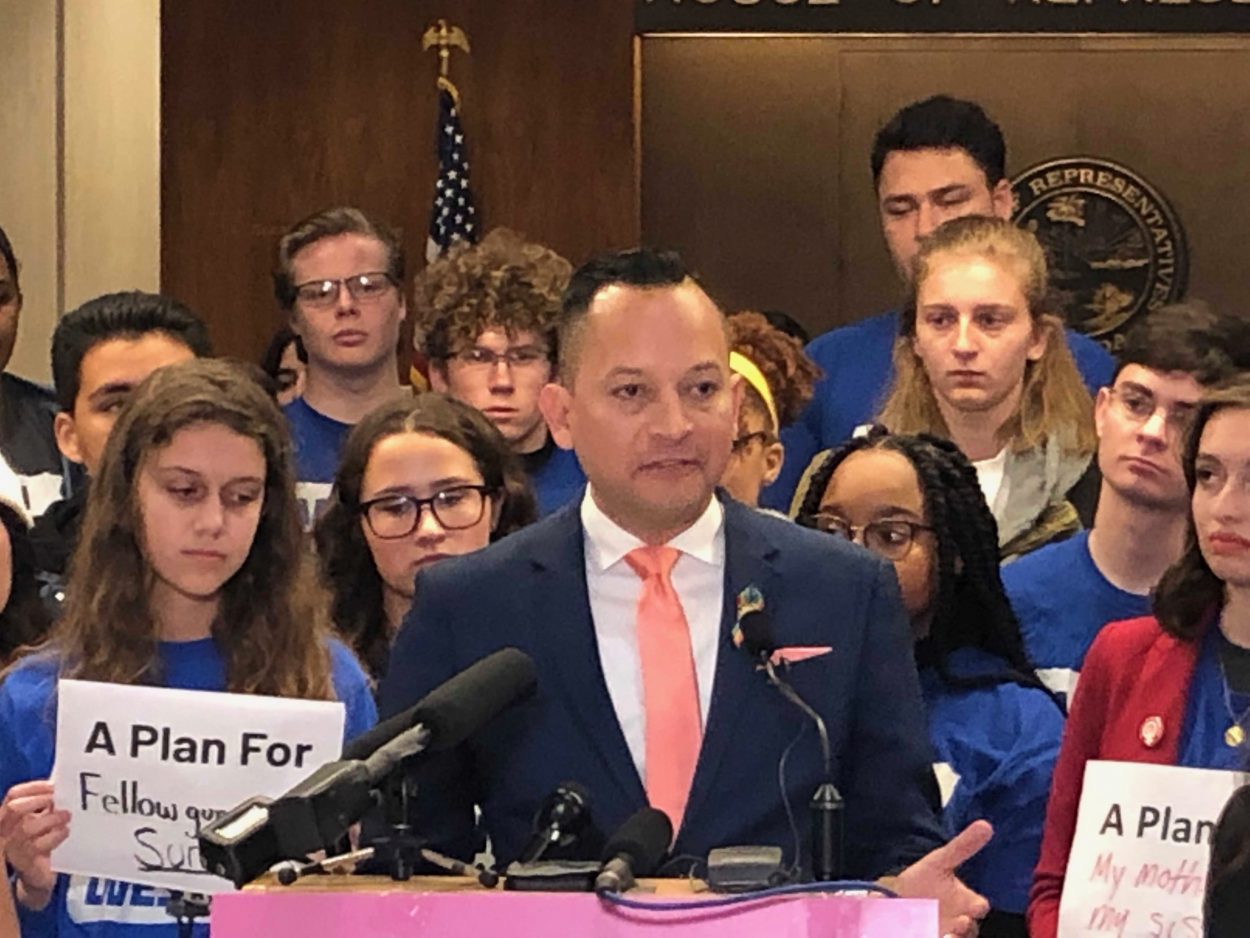 On the last day of the latest legislative committee week in Tallahassee, Florida, the March for Your Lives movement held a press conference to promote their “Peace Plan” on the 4th floor of the state capital to continue to bring awareness to their gun violence agenda.

The event was spearheaded by Democratic Representatives Anna Eskamani and Carlos Guillermo Smith, two of the most vocal critics of the state and national gun lobby.

Shortly after announcing that he had reintroduced his HB 627 bill mass shooting bill in the Florida House of Representatives, Smith spoke to the Floridian and expressed that he also supports banning semi-automatic handguns, not just semi-automatic rifles and other firearms he deems are “weapons of war.”

When asked about his call for banning semi-automatic “assault weapons,” and why he doesn’t go further and call for all semi-automatics to be banned,” Smith said that his billed looked to ban any handgun it deemed to be military-grade.

Rep. Eskamani also reinforced Smith’s call for banning semi-automatic handguns and his bill, even though she said it will fail this legislative session.

“Yes, I think any firearm that any type of firearm that has really increased rounds, that really is not meant to be used in a civilian environment, is something that we don’t need to see in our communities,” Eskamani told The Floridian.