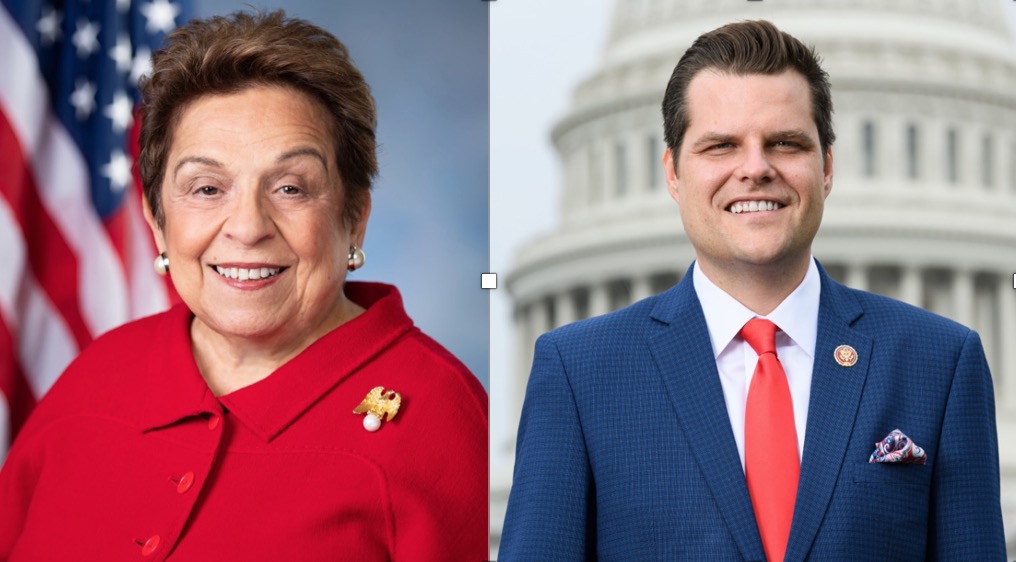 House Democrat accuses Rep. Gaetz of not doing his job

It seems as if Rep. Matt Gaetz (R) and Rep. Donna Shalala (D) are more “frenemies” than actual friendly colleagues in the U.S. Congress.

Both Reps. Gaetz and Shalala support legalizing medicinal marijuana and have even gone to the length of filing legislation together to fund research into the benefits of legalized medical pot.

But the marijuana kumbaya is where the friendship seems to end between these two lawmakers.

Rep. Shalala’s recent tweet would lead anyone to believe that the freshman congresswoman really dislikes the Trump-supporting Gaetz, stating that the popular Republican congressman was not doing his job.

“Instead of serving his community, Matt Gaetz is busy defending Trump’s high crimes and misdemeanors by protesting in front of my office,” said Shalala

The jab Shalala landed on Gaetz was in retaliation for the protest in front of her congressional office Gaetz led, calling for her ousting in the 2020 presidential election.

Shalala then followed her jab with a right cross, suggesting that Gaetz took “his cues on human decency from Trump.”

The funny part is Matt and I have worked well together in Congress. We've filed multiple bills together! I expected more from him, but I guess he takes his cues on human decency from Trump too. ¯_(ツ)_/¯