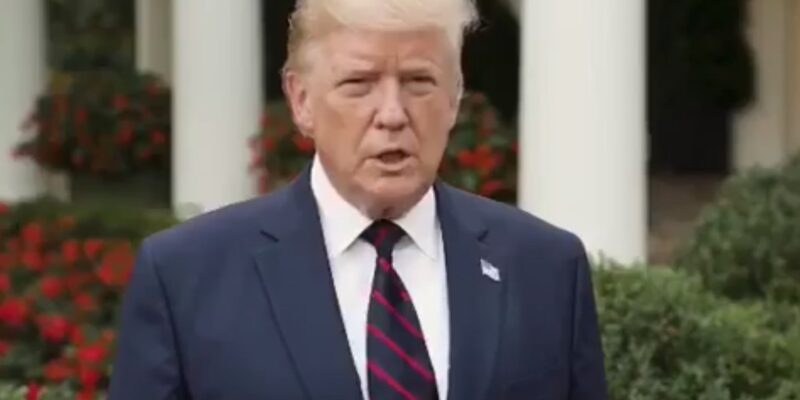 President Trump and National Republicans are all about going big during the 2020 presidential election cycle.

Adding to the already massive war chest, the Republican National Committee (RNC) has announced the record-breaking $27.3 million fundraising haul for the month of September was “the largest off-cycle haul in history for either national committee.”

Republicans outpaced Democrats by $6 million, but the bigger tell here is that Republicans have really pulled away from their Democratic counterparts in money raised.

What’s worse for Democrats is that they are saddled with $3.7 million in debt, while Republicans have paid all of their bills and are debt-free.

“While Democrats focus on fighting President Trump, Republicans have prioritized voters and we have another record-breaking fundraising month–the highest ever off-cycle–to show for it,” said Chairwoman Ronna McDaniel.

“Voters are tired of Democrats’ petty politics and baseless witch hunts, and their shameful attacks have only energized our grassroots army and allowed us to lay the groundwork for Republicans to take back the House, expand our majority in the Senate and re-elect President Trump in 2020.”

This announcement follows the RNC and Trump Campaign’s massive $125 million Q3 haul announced earlier this month. The RNC is already investing this money into targeting vulnerable House Democrats over their support for the impeachment charade—$2.35 million to date—and continues to invest in growing its permanent ground game operation to expand the map in 2020 and benefit President Trump and Republican candidates nationwide. (RNC)