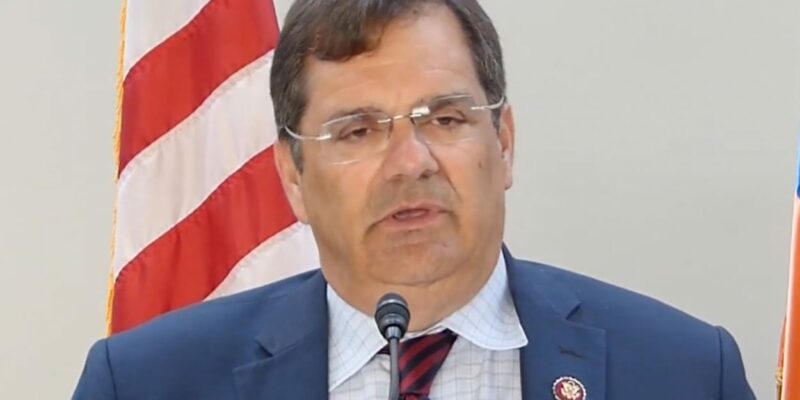 Impeachment frenzy has gripped American politics, and while Democrats are hoping that this inquiry into President Donald Trump will turn out to be his demise, there is a small group of Republicans holding pom-poms and rooting alongside the president’s detractors.

The line in the sand has been drawn in the impeachment fight, and unfortunately, individuals on both sides of the aisle are pushing narratives based on false or misleading information.

Conservatives, for the most part, do not support impeaching President Trump and have been railing against “The Deep State” complicity with House Democrats in the impeachment inquiry.

In a recent email letter sent out by the Conservative Daily, the author Joe Otto named 14 House Republicans or “traitors” he said still “refuse” to say whether they support impeaching President Trump.

The whole thing is just another set-up. And now, of course, the Republicans are falling for it again…” (Conservative Daily)

Unfortunately, Otto got it all wrong when he naming four pro-Trump Florida House Republicans, Reps. Gus Bilirakis (pictured above), Daniel Webster, Francis Rooney, and Bill Posey, as supporters of impeachment.

All four men have been supportive of just about the entire Trump legislative agenda since the president took office in 2017.

Bilirakis has been at the tip of Trump’s spear when it comes to supporting Veteran affairs issues and combating the opioid epidemic in the House of Representatives.

The Floridian spoke to staff members of several of the members and confirmed that all four congressmen DO NO SUPPORT impeaching President Trump.

The Needtoimpeach.com website has an updated and running tally of which members of Congress do or do not support impeaching the president.

Bilirakis, Rooney, Webster, and Posey, are all listed as “DOES NOT SUPPORT IMPEACHMENT.”

“Democrats found President Trump worthy of impeachment on November 9, 2016. However, they have not been able to produce any facts or evidence. Not even the Mueller Report. I have always let facts and evidence guide my decision making.”- Rep. Daniel Webster (R) (Tampa Bay Times)

In a recent Wall Street Journal article opposing impeachment, Rep. Michael McCaul (R-TX), ranking member of the House Foreign Affairs Committee, and 18 other Republican members of the committee, including Rep. Francis Rooney, all signed the article in support of President Trump.

Scott calls out ESPN, NBA for bowing down to China

Rubio, Scott single out China’s espionage threat to US