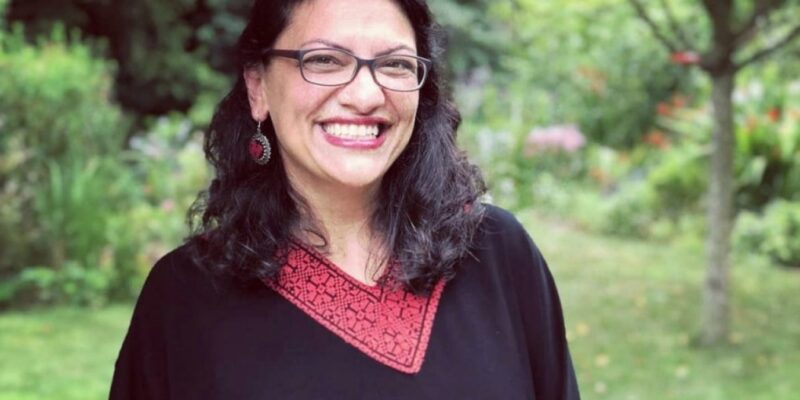 U.S. Rep. Rashida Tlaib (D), a member of “The Squad” and accused anti-Semite, tweeted a quote and link to an anti-Jewish, anti-Israel posting about a Palestinian woman that was a victim of a brutal honor killing.

Rep. Tlaib was recently banned from entering Israel but then was allowed to enter to visit her grandmother. Tlaib declined the invitation.

The posting about the murder begins with a “Disclaimer” that honor killings “are not Muslim and they are not Arab,” even though the overwhelming majority of the world honor killings are committed by Muslims.

“***Disclaimer: Honor killings are not Muslim and they are not Arab. This is a universal phenomenon which takes places in nearly all corners of the globe, from the United States to Europe. The US president stands accused of rape. Honor killings were legal in Italy until the 1970s and still happen today. Do not use this narrative to reinforce dangerous stereotypes of Arab culture and Islam. Patriarchy exists every where.”

21-year-old Israa Ghrayeb from Bethlehem was beaten and murdered by her brother at the behest of his father after she posted a video of her and a man she was to be engaged to.

"Isra’s death illustrates an ever-present toxic masculinity and control over women’s bodies and lives,” tweeted Tlaib “Help get #JusticeforIsraa by exposing the truth”

The truth about the reason for Israa’s death that Tlaib wants to expose is Israel’s occupation, and the “Zionist news outlets” that try to “pink-wash the occupation.”

"Now, here’s why Isra’s murderers stand to walk away from this untouched by the law. In Palestine, our legal system is the result of a century of occupation and political turmoil. It is a combination of Ottoman, British, Egyptian (in Gaza), Jordanian (in the West bank), and even no system (Area C). Despite various and continued efforts over the last decade, there has been very little reform to this outdated and dysfunctional legal system for two reasons: Israeli military occupation and a corrupt Palestinian Authority both hinder any legal, economic, and social progress.

What may surprise you is that the story of Isra’s murder has not gone viral in the diaspora. You’ll find that (at the time that this was written) there is not a single news story written in English about her. Right now there are Arabic articles (this story has rightfully taken the Arab world by storm) and doubtless some Hebrew articles being published by some Zionist news outlets to try and pink-wash occupation (again lol). "

Again, Muslims have committed most honor killings in the U.S. and Canada, even though many Muslims will tell you that Islam has nothing to do with the practice of “honor killing.”

Rick Scott: Don't put your life at risk during Hurricane