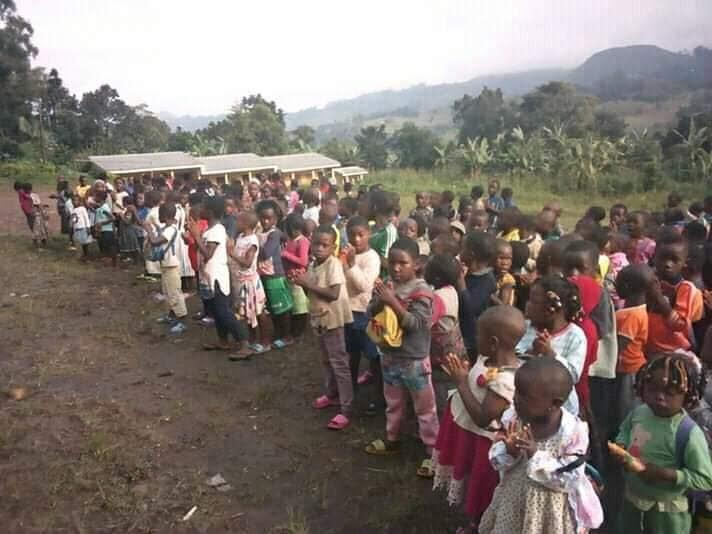 How Democrats Missed The Human Rights Mark in Africa

To listen to many Democrats is to see a graduate-level course in hypocrisy. Consider, for instance, the Democratic hypocrisy in the African nation of Cameroon.

Quick background: a violent separatist movement in Cameroon has led to the displacement and deaths of many Cameroonians. The government has attempted to bring peace and order, and it’s had to take aggressive action against extremist groups who are calling for the country to be divided into two parts.

If that weren’t enough, Cameroon is also facing a threat from the terrorist organization, Boko Haram. A US and Israeli ally, Cameroon is located in central Africa and represents one of the few places in Africa where the US has an active military base.

The Democrat posture in Cameroon has been to call on all sides to “respect human rights” and “engage in nonviolent approaches to conflict resolution”—language that sounds about as vague and unspecific in high Model UN conferences as it does coming out of the mouths of members of Congress.

The problem, of course, is that Democrats are speaking explicitly about the human rights of separatist soldiers being violated by Cameroonian soldiers trying to keep their country together and ignore the rights of Cameroonian citizens whose children have been unable to attend school for three years.

That’s right, for three years, one of the favorite tactics of the separatists has been to harm students and teachers who return to school and to bomb hundreds of schools so there’s nothing to return to. Even as Cameroonian non-profit leaders and faith leaders have made public appeals about getting children back into classrooms, the separatists have called for yet another “school boycott.” Go to school, they say, and risk your life.

It’s a frequent Democrat tactic to create moral equivalence where there is none. And in this case, they’ve made soldiers trying to keep a country together just as open to criticism as armed militants who fire-bomb schools and club teachers.

That should come as little shock. One of the leaders on this effort is Rep. Sheila Jackson Lee (D)—whose litany of false equivalences and foggy thinking is long and distinguished. She has called law enforcement officials and officers protecting our borders the “Gestapo.” She’s demanded reparations for slavery and called racism “a national security threat.”