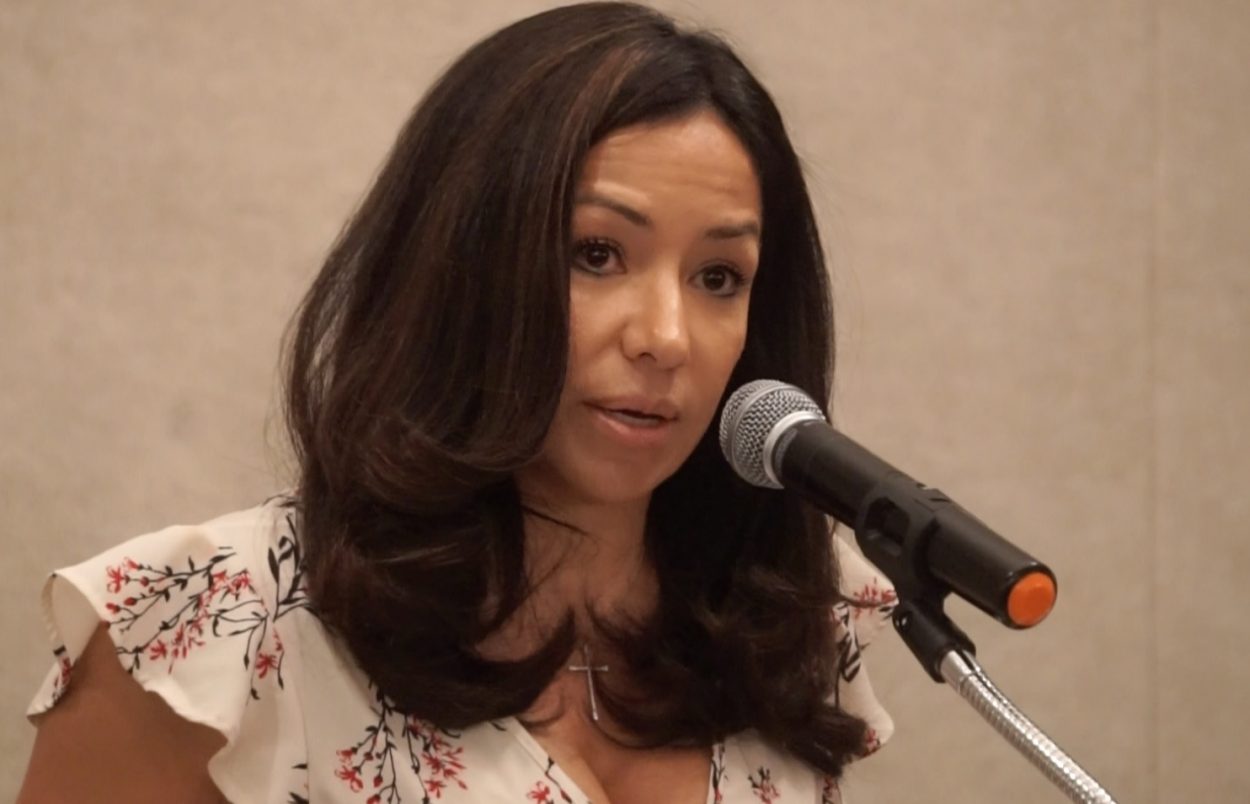 In a short but passionate speech to the Miami Republican Executive Committee, Republican congressional candidate Irina Vilarino addressed the recent ethnic slur cast upon her, calling it something out of “Fidel Castro’s playbook.”

“My family and I came to his country during the Mariel boatlift, said Vilarino. “Recently, somebody had the nerve to use a page out of Fidel Castro’s playbook and call me a “Marielita.”

The Father-in-law of Vilarino’s primary opponent, Omar Blanco, made the derogatory term used to reference Cuban immigrants who were part of the Mariel boatlift.

Outspoken Lorenzo Palomares, who is long-time Republican activist and intricately involved in the Blanco campaign, has yet to apologize for it, even after his son-in-law suggested that he should.

Palomares was sitting in the audience during Vilarino’s address.

Omar Blanco was not in attendance but is on record of saying that because he didn’t make the remake, he won’t take any responsibility for it, or apologize for it.

“I didn’t make the comment so I can’t take responsibility for it,” said Blanco “If somebody is offended by that, then they (the person doing the offending) should apologize.

Vilarino may have taken a veiled shot at Blanco when she told the group that she does not “negotiate” her “principles,” and that they should carefully read the ballot before taking a vote.

The winner of the Republican congressional primary race will face off with freshman Democratic Rep. Debbie Mucarsel-Powell in 2020 general election.