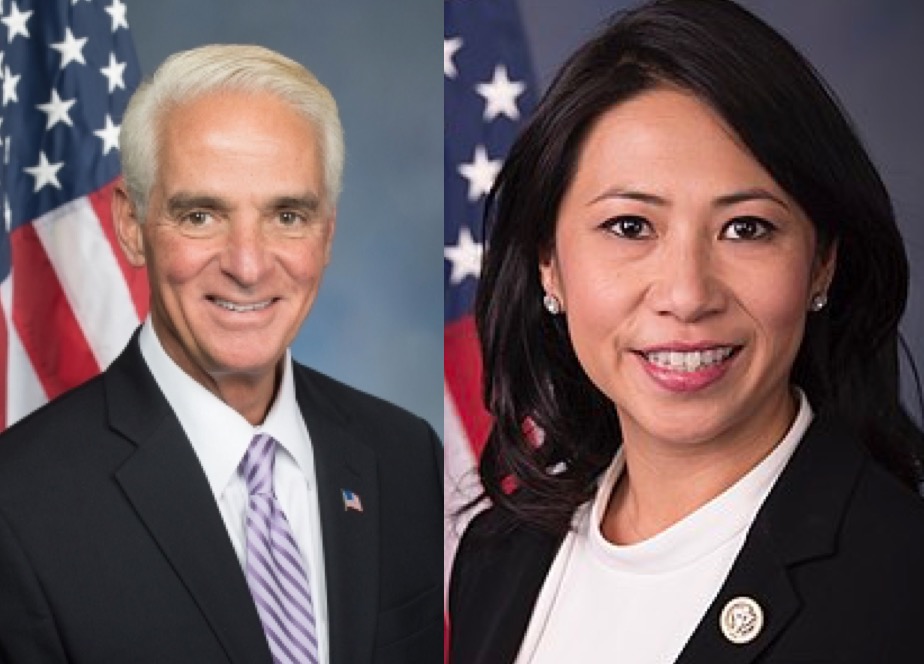 The Blue Dog Democrat Caucus in the U.S. House of Representatives, which includes Florida Reps. Charlie Crist and Stephanie Murphy, call themselves “pragmatic” members that appeal to the “mainstream values of the American public.”

“The Blue Dogs are dedicated to pursuing fiscally-responsible policies, ensuring a strong national defense, and transcending party lines to get things done for the American people,” states the group’s official website

But as the Blue Dogs Democrats say that they support policies that transcend across political party lines to “get things done for the American people,” their voting record is partisan, overwhelmingly siding with Speaker Nancy Pelosi to pass the current progressive agenda, including pursuing the impeachment of President Donald Trump.

While Rep. Murphy voted against the recent Trump-supported, national debt-raising bipartisan budget deal, her voting record shows that she has voted along political party lines on every vote this year except for the budget deal.

“The future of our nation depends on Members of Congress finding the political courage to work together and make the tough decisions to get our nation’s fiscal house back in o2rder,” said Murphy in a statement “ It’s clear that the bipartisan budget deal lacks this courage from both parties by abandoning fiscal discipline altogether and allowing $1 trillion deficits to be signed into law.

During the 115th Congress, then-freshman Rep. Stephanie Murphy voted with Speaker Pelosi 87% of the time, while Crist, who voted in favor of the recent budget deal, voted 90% of the time with the Speaker.

With Democrats taking control of the House in 2018, Murphy and Crist have all-but completely backed the progressive agenda Speaker Pelosi and Democratic leadership have offered Americans.

During the current 116th Congress, Rep. Crist has voted 97% of the time with Pelosi, with Rep. Murphy right behind him with a 94% support of the Democratic agenda in the House of Representatives.

The only Democratic bill Murphy has not supported was the budget bill.