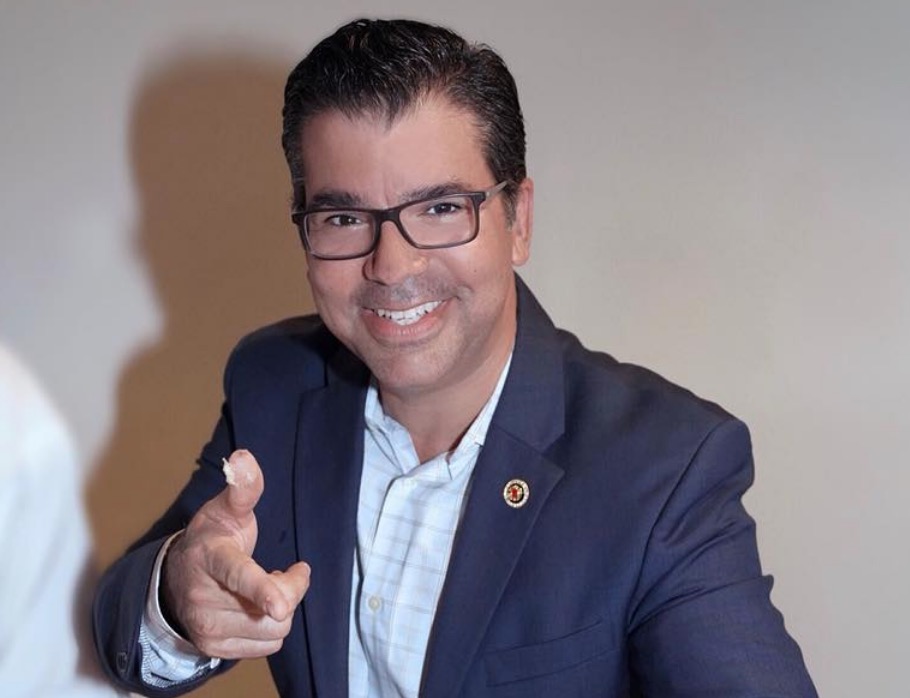 Omar Blanco has been running for congress for less than two days, and the Miami-Dade firefighter’s campaign is already slinging mud at his Republican primary opponent and making enemies along the way

Lorenzo Palomares Starbuck is Blanco’s father-in-law and a staunch supporter of his congressional run in District 26.

Shortly after his son-in-law announced his candidacy, in response to a comment made by GOP consultant Brett Doster made about Blanco, Palomares all-but stuck his foot in his mouth when he condescendingly referred to Blanco’s Republican primary opponent, Irina Vilarino, as a “Marilita.”

“Why don’t you state the truth, you are using a photo honoring an American firefighter to suggest falsehood, scum bag, racist we are better than that,” tweeted Palomeras Starbuck That is what a Marietta has to resort to? Shame on you . Game on.”

Why don’t you state the truth, you are using a photo honoring an American firefighter to suggest falsehood, scum bag, racist we are better than that. That is what a Marietta has to resort to? Shame on you . Game on pic.twitter.com/F4W9gqPop0

Republican activist Christian Camara directly asked Palomeras if his “Marietta” reference was a typo, and that he meant to type “Marielita.

It is a typo no further need to correct

Here is the exchange:

Camara: Lorenzo, what do you mean by “Marietta?” Is that a typo for “Marielita?” If it is, then there’s only one scumbag in this conversation and it isn’t @BrettDoster.”

Palomeras: It is a typo no further need to correct

Camara: I thought so. You’re not doing your son-in-law @OmarBlancoFL any favor s by referring to this opponent as a “Marielita” in a derogatory manner. I don’t know Omar personally, but he seems like a decent guy who wouldn’t talk about a lady that way. He should condemn it.

Palomeras: Now you are wrong and out of line. No such thing. You know better than that

Palomeras: Asked and answered, focus on saying the truth your candidate is compromised with your platform. Run your race. Good luck “locus Parentis” learn about.

Camara says he believes Blanco is a “decent guy,” but according to several of his past FPF firefighters, who asked us to leave their names out of this story, Omar Blanco acts more like “Benny Blanco” from the movie “Carlito’s Way.”

Blanco’s Palm Beach firefighting detractors say that Blanco’s “thuggish” power grab to be president of his local union, and branded him with the nickname “Little Fidel.”

Blanco’s campaign appears to be living up to the alleged thug-like reputation he has garnered as acting president of his firefighter’s union.

Vilarino’s campaign responded to the “Marielita” slur by owning it, and speaking “on behalf of the Marielitos who have worked hard and are part of the South Florida success story.”

Vilarino has called on Blanco to “publicly apologize” and to ask his father-in-law to quit the campaign for making the derogatory remark.

“Irina is extremely proud of the fact that her family arrived in the United States with nothing. They started a produce stand and today, because of their tireless work, the family operates multiple restaurants and has employed thousands of residents in our community, stated Vilarino’s campaign “Like the Vilariño family, there are tens of thousands of stories of families from Cuba, Nicaragua, Haiti, Colombia, Venezuela, and countless others, that because of their work ethic are a testament to America’s exceptionalism. On behalf of the Marielitos who have worked hard and are part of the South Florida success story, we call on Omar Blanco to publicly apologize and to ask for the resignation of his campaign advisors who have engaged in this behavior and to apologize.”

The Floridian is still waiting to hear back from Omar Blanco about whether he was going to denounce his father-in-law’s slur and ask him to apologize, and quit the campaign.