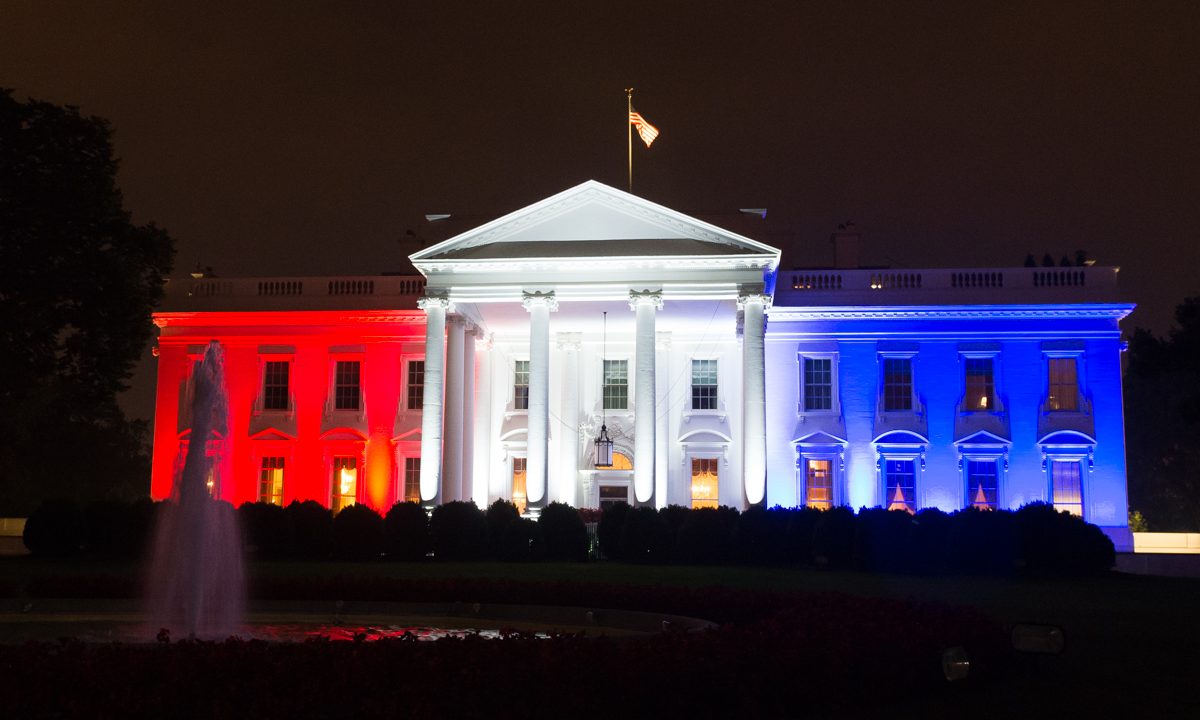 President Donald Trump’s long-anticipated 4th of July military-themed celebration and speech in front of the Lincoln Memorial went off without a hiccup or hitch.

Congressional Democrats railed against the president’s use of military hardware and personnel, citing that the expenditure of government funds to pay for the event was unnecessary and “outrageous.” READ MORE

Meanwhile, Sen. Kamala Harris is on fire after her debate performance in Miami. VP Joe Biden has slipped, while Sen. Bernie Sanders has dropped, and Elizabeth Warren holds her own.

Pete Buttigeig is also holding on to fourth position in the latest average of polls, but as far as the rest of the field, the fat lady could be tuning up her voice.

“Congress joins in celebrating 4th of July,” by The Floridian’s Javier Manjarres

At least they were able to put their differences aside for a whole two minutes. Some Democrats could resist but to continue their opposition against the Trump administration.

“Amanda Makki could pose serious threat to Crist,” by The Floridian’s Javier Manjarres

Crist can raise money, but can this lobbyist give him a run for his money?

Yeah, this is happening in Texas. The sitting GOP chair says he is still running, but there must be significant issues within the state GOP if West believes he needs to run for the job.

“Rubio Backs Sanctions on Cubametales,” by The Floridian’s Daniel Molina

Rubio really hates Cuba and everything or anyone connected to the oppressive Communist regime.

“U.S. Border Patrol “not forcing aliens to drink out of the toilet” by HISPOLITICA

The Border Patrol is fighting back against misinformation, allegations (Video)

“A new GOP Sheriff in Texas?” by HISPOLITICA

You knew he was going to run for something, now you know his intentions: Clean up the Texas GOP

Over the weekend, in an email sent to supporters, Rep. Adam Schiff (D) called the President “the most reckless and unethical president we’ve seen in recent history

A Democratic congressional delegation visited the El Paso detention center, where according to them, the detainees were being held in subpar conditions, and in the words of one member of congress, female detainees were told to drink water from the toilet.

This fight is over when the Democrats figured it all out and decided the law was good enough.

Celebrating the 4th of July

Gov. Ron DeSantis–“.@FLCaseyDeSantis and I want to wish everyone a safe and happy Independence Day on this #July4th , especially to the brave men and women overseas fighting for the freedoms we enjoy every day.

God bless you all and God bless America!

CFO Jimmy Patronis –“I’m proud to live in the land of the free and the home of the brave as we celebrate our nation’s independence today.”

AG Commissioner Nikki Fried was quiet, but went on a road trip.

Amazing Trump address and only @OANN covered the full day on cable!

4) Postponing tariffs on China the same day, as the donor wanted.

Last year, more than 5,000 Venezuelans were killed during the operations of Nicolás Maduro’s government security forces.

The official records indicate that these were cases in which there was “resistance to authority”, but the High Commissioner for Human Rights of the United Nations Organization, Michelle Bachelet, said in her report that she presented this Thursday that it was a “surprisingly high” number of extrajudicial executions.

Bachelet’s report on the political situation and violence in the Caribbean country over the past 18 months was based on more than 550 interviews with human rights defenders, victims and witnesses, among other sources, reported the news agency The Associated Press .

In addition, Bachelet and his team met 160 times with representatives of the State and other interested parties. The former socialist president of Chile also met with Venezuelan President Nicolás Maduro last month.

In total, in 2018 the Venezuelan authorities registered 5,287 murders during the security operations , which were classified as cases of “resistance to authority”, plus another 1,569 so far this year until May 19.

The report also cited the figures collected by the independent Observatory of Violence in Venezuela of at least 7,523 murders of that type last year, and another 2,124 from January to May of this year.

“The incidence of alleged extrajudicial executions by security forces, particularly the Special Forces (FAES), in the context of security operations has been unusually high,” said Bachelet’s office.

The interviewees systematically referred to FAES as “death squad” or “extermination group”. And non-governmental organizations blamed the FAES for hundreds of murders.

Among the more than 20 recommendations on issues such as ensuring the freedom of the media and providing adequate medical attention, he called for the disarmament and dissolution of pro-government armed groups known as ‘collectives’.

The report of an impartial observer such as the UN is carried out in a circumstance of division among the international community. More than 50 countries, including the United States, have ignored Maduro as the legitimate ruler, and instead have recognized the interim mandate of the president of the National Assembly, Juan Guaidó .

However, the transition has not taken place and, in fact, Maduro has remained in power.

Maduro’s reaction was to criticize the report, calling it impartial and accusing him of presenting a “distorted version” of the real conditions.

“There are innumerable inaccuracies, errors, facts taken out of context and false claims,” ​​he said.

Venezuelan officials insisted that the report ignored United Nations observers’ visits in March to prisons, hospitals, public housing programs and distribution centers for medicines and food, and said that “it omits the achievements in its entirety. and advances “for the country in human rights.

The UN estimates that more than 4 million Venezuelans have emigrated from the country because of the economic, social and political crisis. Most have fled to the neighboring countries of Colombia, Brazil and Peru, where their incorporation has posed severe challenges .

The report highlighted the issues of the Venezuelan crisis: the effects of international sanctions against the Maduro government, a precarious health care system, growing diseases, food shortages and the tensions caused by uncontrolled inflation.

He also addressed the repression of political opponents, arbitrary arrests and cases of torture, including electric shocks, asphyxiation with plastic bags and water on the face, and sexual violence.

“We have the commitment of the government to work with us to solve some of the most thorny problems, including the use of torture and access to justice, and allow us full access to detention centers,” Bachelet said in a statement.

” We should all agree that all Venezuelans deserve a better life , without fear and with access to food, water, medical care, housing and other basic human needs,” he added.

Tamara Taraciuk Broner, principal investigator for the Americas at the human rights advocacy organization Human Rights Watch , praised the report for exposing human rights violations such as excessive use of force, torture and extrajudicial killings.

But he said he had failed to request a commission to investigate the violations and urged Bachelet to clearly establish the government’s responsibility in deepening the humanitarian crisis, reported The Associated Pres.

Bachelet is scheduled to present her report on Friday to the Human Rights Council in Geneva, where Venezuela will have the right to respond.

Today, we celebrate our country’s independence day and honor the brave men and women who fought and continue to fight so that we may live in peace, security, and freedom.

Wishing you a happy 4th of July. Thankful for my family and friends, and to live in this wonderful country. Grateful to the men and women in uniform who keep America safe and free.

Sgt. Gregory LaCerra, 51, is charged with two counts of battery on suspicion of  spraying Rolle in the face with pepper spray April 18 and throwing him to the pavement outside a McDonald’s. He was also charged with one count of falsifying records and one count of conspiracy to falsify records, prosecutors said…

Joe Biden still leads by 12.4 points in the latest RCP average of polls, but Kamala Harris is right on his heels in second place followed by Bernie Sanders, Elizabeth Warren, and Pete Buttigieg