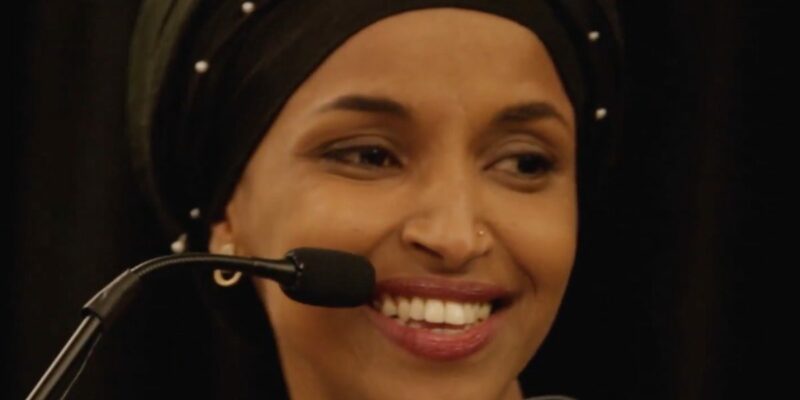 Following a controversial back and forth with President Trump that ended in the House condemning the President’s tweets telling four Congresswomen to “go back” to where they came from, Minnessota Rep. Ilhan Omar (D) has introduced a resolution supporting the pro-Palestinian Boycott, Divestment and Sanctions movement.

In a statement, Rep. Omar explained that “we are introducing a resolution… to really speak about the American values that support and believe in our ability to exercise our First Amendment rights in regard to boycotting.”

She added that the resolution is also “an opportunity for us to explain why it is we support a nonviolent movement, which is the BDS movement.”

Reps.Omar and Tlaib have both faced scrutiny after controversial remarks made in the past that have been considered anti-Semitic.

David Duke, a former KKK Grand Wizard, even dubbed Omar “the most important member of the US Congress!”

In response to the resolution, Rep. Lee Zeldin (R) slammed Omar in a tweet.

Zeldin commented, “shame on Rep Omar for bringing her hateful twist on that reality to House Foreign today, propping up the BDS movement & blaming Israel for all of its challenges.”

The reality he speaks of, he explained earlier by saying that “Israel is our best ally in the Middle East; a beacon of hope, freedom & liberty, surrounded by existential threats.”

When introducing the resolution, Omar detailed that “Americans of conscience have a proud history of participating in boycotts to advocate for human rights abroad including… boycotting Nazi Germany from March 1933 to October 1941 in response to the dehumanization of the Jewish people in the lead-up to the Holocaust.”

The cosponsor of the bill is Rep. Rashida Tlaib (D).

Trump Disavows "Send her Back" Chant