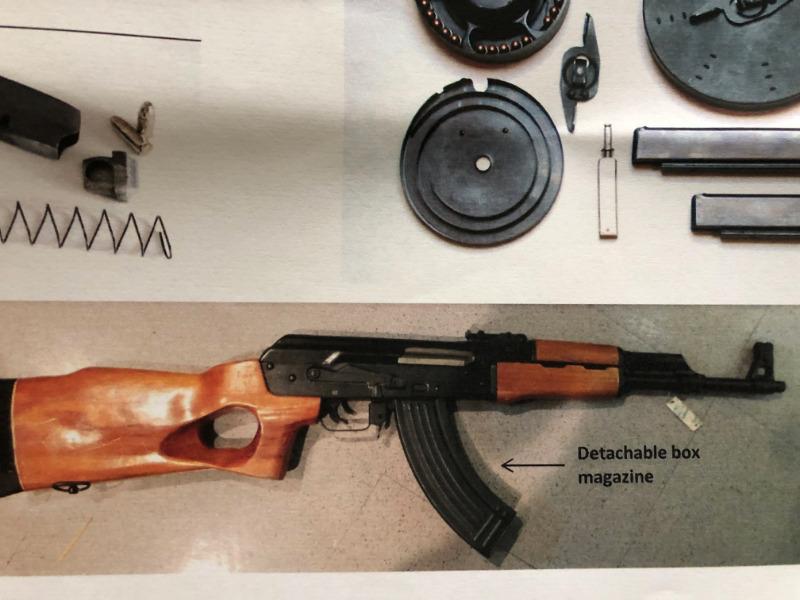 TALLAHASSEE — Exactly which guns would be outlawed under a proposed constitutional amendment aimed at stopping Floridians from possessing assault weapons is posing a puzzle for state economists.

The economists’ task is to predict the financial impact that the proposed amendment, backed by the political committee Ban Assault Weapons NOW, would have on state and local economies.

But before they can get to the number crunching, the economists, meeting as the Financial Impact Estimating Conference, have to nail down the specific weapons the proposal seeks to ban.

The proposed constitutional amendment would prohibit “possession of assault weapons, defined as semiautomatic rifles and shotguns capable of holding more than 10 rounds of ammunition at once, either in fixed or detachable magazine, or any other ammunition-feeding device.” The measure, which would not prohibit handguns, includes an exemption for military and law-enforcement personnel “in their official duties.”

The proposal would allow people who already own assault weapons at the time the constitutional amendment goes into effect to keep them, if they register the guns with state law enforcement.

On Friday, Attorney General Ashley Moody asked the Florida Supreme Court — which reviews the wording of ballot initiatives to make sure they meet certain legal standards — to keep the proposal off the 2020 ballot, arguing that it is “clearly and conclusively defective.”

Moody wrote that the proposed amendment would “ban the possession of virtually every semi-automatic long-gun.”

The Financial Impact Estimating Conference must conduct an analysis of proposed constitutional amendments to let voters know whether the measures will increase or decrease costs or revenues and, if so, to what extent.

At Tuesday’s initial meeting on the assault-weapons proposal, Baker and the other members of the panel, who plan to hold four meetings on the initiative, laid out a plan to get the information they need.

The economists want to hear from the federal Bureau of Alcohol, Tobacco and Firearms. They need input from Moody, along with state and local law enforcement. And they’re seeking insight from the proposal’s drafters, who are hoping to gather enough signatures — and receive the go-ahead from the state Supreme Court — to put it before voters next year.

Ban Assault Weapons NOW “does not anticipate any substantial change in state or local revenue nor any impact to state and local economies as a result of the passage of this initiative,” Gail Schwartz, the political committee’s chairwoman, wrote to Baker in a letter.

The economists, however, think the proposal’s economic impact could be far-reaching.

In addition to a hit to sales tax collections, the ban could have a broad effect on the state’s defense industry, Baker said. While the proposal allows military and law-enforcement agencies to import assault weapons, it is silent about the exportation of such devices, she noted.

The panel also wants to pinpoint state regulatory costs for the assault-weapons registry and for law enforcement agencies, such as the Florida Fish and Wildlife Conservation Commission.

“People they would be running into would probably be hunters. Is that hunter carrying an assault weapon or not? How would, logically, that play out in terms of the real world? Would they need new, instantaneous communications devices?” Baker asked other members of the panel during Tuesday morning’s discussion.

Economists will also consider possible “substitution effects” if the amendment were to pass. For example, would individuals who wanted to buy an assault weapon instead purchase a handgun, or would gun manufacturers produce more handguns if the ban became law?

But before those topics are addressed, the panel has to settle on what the proposal is trying to do.

Federal law defines a “semiautomatic rifle” as “any repeating rifle which utilizes a portion of the energy of a firing cartridge to extract the fired cartridge case and chamber the next round, and which requires a separate pull of the trigger to fire each cartridge.”

But the ballot language is different. Under the proposal, a semiautomatic weapon is “any weapon which fires a single projectile or a number of ball shots through a rifled or smooth bore for each single function of the trigger without further manual action required.”

“At the end of the day, we have to determine a financial impact of what this language means. And the specifics of what it actually bans, I mean, we’ve got to figure that out before we can actually go further, right?” Katie Cunningham, an economist who represents Gov. Ron DeSantis on the panel, said.

“I think that is the pivotal issue,” Baker responded. “I don’t know that we’re going to be able to get to an answer today. But that is clearly a big piece. … If you think of all weapons, which part of that array are we really dealing with.”

The Financial Impact Estimating Conference will also try to take into account what people who own assault weapons might do with their guns, if the ban becomes law.

“Yeah. What do you do with it? Because you can’t really sell it,” Don Langston, a House economist, replied.

“You can’t put it out on the curb,” Cunningham said.