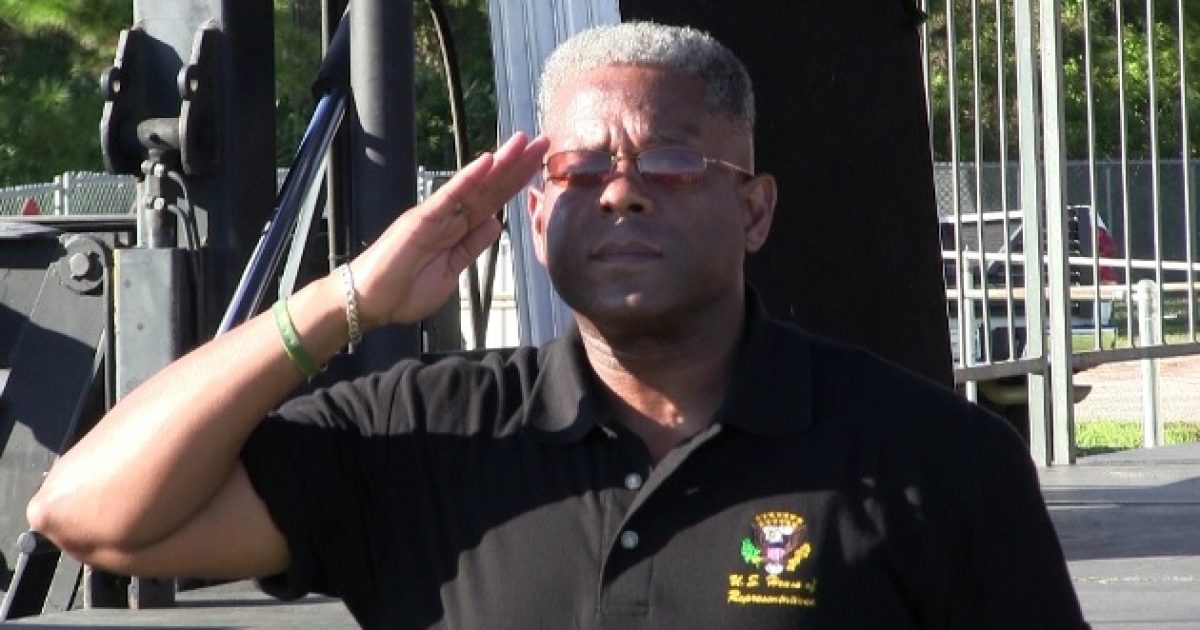 Allen West is running for office again, but it’s not for the congressional seat most Republicans hoped for.

West has announced via YouTube that he is exploring a run for Chairman of the Republican Part of Texas in 2020. He says he is exploring, but Allen West doesn’t do things half-cocked. He is is, make no mistake about it.

“As I look ahead as to how I can best continue my service to our Constitutional Republic, and the great state of Texas, my family and I have decided to explore the opportunity for me to be the next Chairman of the Republican Party of Texas.”- Allen West

Many Republicans hoped that he would run against Rep. Colin Allred (D), the black former NFL player that defeated congressional stalwart, Rep. Pete Sessions (R) in 2018.

West reason for running for the Texas GOP chairmanship is simple. The former congressman says that he isn’t into “personal achievements” because to him, “that is not the true nature of leadership.”

“I am not into personal achievements; that is not the true nature of leadership. Leadership is about what you enable others to achieve, to attain their own greatness, and pursue their dreams, hopes, and aspirations. The fight for America is not in the US Senate or the US House of Representatives . . . it is right here in the state of Texas. It is here that an ideological battle is being waged, and as a soldier, we move to the sound of the guns.”- Allen West

My objective is to recruit, train, resource, equip, and deploy Constitutional Conservative candidates to win elections from the local, to the state, and the national level, and defeat the scourge of progressive socialism here in this blessed state of Texas.

Shortly after West made his announcement, current GOP Chair James Dickey announced that he would be running for reelection in 2020, stating that division amongst the Republican ranks in Texas was not necessary.

“We are on an incredible path and we must not waver,” Dickey said. “Division in Texas amongst our base is not what we need to defeat what will be next year the greatest Democrat onslaught that we have seen in decades.”

West says he will be “traveling the state” to meet with all “the sons and daughters of Liberty in the Lone Star State” ahead of the May 2020 GOP convention in Houston.

Dickey will have his work cut out for him in his bid for reelection. West is by far one of the most formidable campaigning politicians in recent American history.

Here is what Dickey will be up against. Click here

Here is Allen West addressing a CAIR operative who confronted him with a Koran in Florida. His response is epic.