Russia’s Putin may have just dished out a little payback against one of his congressional nemesis, Sen. Marco Rubio.

After hacking into and meddling in the 2016 presidential elections, the threat that Russia possess against the U.S. is very real, and Senator Marco Rubio is all too eager to point to the lengths Putin will go to compromise federally elected officials.

Rubio hasn’t been hacked, but according to him, Putin has launched a “disinformation campaign” against him by posting a “fake” image of a tweet Rubio supposedly sent out. READ MORE

Sec. Julian Castro (D) will take the stage on June 26thto not only debate 9 other Democratic candidates but to also highlight his “People First” plan.

At the end of last week, the former Secretary of Housing and Urban Development took to twitter to comment on the police, which is an issue he is focusing on in his platform with his police reform plan..

ICYMI— THIS HAS STILL GOT DEMOCRATS TIED UP IN A BUNCH >>>“Trump’s “oppo” research remark stokes talk of impeachment.” by HISPOLITICA

Democrats like Rep. Omar Ilhan are besides themselves over President Trump’s recent remarks that he would “take” “oppo” research or information about potential political opponents from possible Russia or China, which has now fueled their call for his impeachment.

In listening to the Oval Office interview between President Trump and ABC News Chief George Stephanopoulos, the president said that he would do what every congressman would do, and at least “hear” the opposition research being offered to him.

With all the talk of “reparations” over slavery, and elected officials chiming in on the issue, Fmr. VP Joe Biden wants Americans to “double down” their efforts to “root out systemic racism.” After all, the country is remembering Juneteenth.

Joe Biden >>> “As we recognize Juneteenth and the progress we’ve made since slavery, we must also double down on our efforts to root out systemic racism. We have to make sure we’re working to move closer to that more perfect union, to the idea of America that has inspired so many generations.”

Kamala Harris is pushing her black heritage, and it’s not even Black History month.

“Being a graduate of @HowardU and a proud member of@akasorority1908 changed my life. Today, I’m excited to announce we’ve launched a national program to mobilize HBCU and Black fraternity and sorority members with our campaign. #ForThePeople”

Pete Buttigieg ‘s skin is whiter than the wind driven snow, that doesn’t stop him from jumping on the trending racial bandwagon. Why not?

“We must remember those lost at the Emanuel AME Church, but we must also recommit ourselves to policies to end the scourge of white supremacist terrorism. Each of us is responsible for helping our country along the path towards justice, equality, and compassion. #Emanuel9”

Roberto “Beto” O’Rourke penned an op-ed in the USA Today about slavery >>> 154 years after Juneteenth, the work is still unfinished. The march continues. The fight for justice, equity, and full civil rights goes on

Elizabeth Warren or “Pocahontas” as Trump calls her, also paid tribute to Juneteenth >>>

“On #Juneteenth, we remember that our country still hasn’t made enough progress toward racial equality & justice. Voter suppression. Mass incarceration. Decades of govt discrimination to keep Black families from building wealth. We can, & must, do better.”

Senator Rubio is not to happy about this, but he shouldn’t expect any less from a former KGB operator, right?

Sen. Scott had a lot to do with Boeing coming to Florida, so shouldn’t he revel in the aircraft giant’s decision to land in the sunshine state?

Rubio teamed up with some senate friends to urge Trump to levy more sanctions on the Islamic state of Iran.

Democrats are pushing their agenda now, and a lot of the legislation (as expected) is to promote their ideological differences with Republicans. Rooney and his GOP colleagues pushed back.

“Elvira Salazar to Challenge Shalala in 2020,” by The Floridian’s Daniel Molina

REMATCH! Salazar is expected to announce a 2020 redux against Rep. Donna Shalala (D)

Rep. Stephanie Murphy (D) is called a “Blue Dog Democrat” but her $15 per hour minimum wage proposal is in line with Sen. Bernie Sanders and the socialist Democrat faction of the U.S. Congress.

More Republicans should be supporting this measure. It’s the right thing to do.

“1,000 Troops Deployed to the Middle East,” by The Floridian’s Daniel Molina

A showdown with Iran could be imminent, but this could just be a show of force. Sanctions against Iran’s money interests and institutions will probably be the way to go for Trump.

Rep. Debbie Wasserman Schultz (D) took part in her 10th congressional softball game against the “Bad News (Fake News) Babes” in an effort to continue raising cash for breast cancer research. “DWS’ and friends did lose to the news corp by a score of 10-3, but in the end, the fight against cancer was the real loser.

Rep. Brian Mast (R) is announcing that water in his congressional district is a lot cleaner this year than it was last year. Thanks to Trump?

“This time last year, the Army Corps was dumping toxic water on us, but this year, thanks to better management of our water, we’re discharge free from Lake O. This is real progress, but our fight is far from over!”

Rep. Ted Yoho (R) is softening up his conservative stances? Nah, but he’s not afraid to team up with Democrats to cosponsor a tax bill that protects taxpayers

DeSantis still has a bunch of bills he needs to sign, and time is ticking away.

Though Gov. Ron DeSantis signed 11 bills Tuesday, he still needs to act on 59 bills passed during the legislative session that ended May 4, according to a tally posted on the Florida Senate website. As of Wednesday morning, 24 bills were pending in DeSantis’ office, while the Legislature had not formally sent 35 bills to the governor…. News Service of Florida

God bless him for fighting for his job back, but the former sheriff needs to hang it up already.

Sen. Rubio calls out this New York Times reporter for past “fake news’ reporting on him and his family

HISPANICS LOVE TRUMP – Republicans gaining on Democrats with Hispanics in Florida. Are Democrats running scared? If they aren’t they should be. If Trump manages to garner enough Hispanics along the I-4 corridor and in Miami-Dade County, he won’t just increase his chances of winning re-election in 2020, but it could help swing the House back over to the GOP. The Miami Herald has more.

TALLAHASSEE — In his quest to get his old job back, Scott Israel spent hours jousting with Gov. Ron DeSantis’ lawyer Wednesday in a series of combative exchanges highlighting two deadly mass shootings in Broward County that led to the former sheriff’s suspension.

Since Election Day 2016, Stocks up almost 50%, Stocks gained 9.2 Trillion Dollars in value, and more than 5,000,000 new jobs added to the Economy. @LouDobbs If our opponent had won, there would have been a market crash, plain and simple! @TuckerCarlson @seanhannity@IngrahamAngle

Trump says we have “the cleanest air in the world.”

Not so. In fact, air quality is declining for the first time in years. Just as the Trump Administration rolls back the regulations designed to protect us.

Some falsehoods are worse than others. This one could give you cancer.

More Democratic voters believe that Congress should start impeachment hearings against President Trump’s conduct while he is in office, although the country remains divided on this issue, according to a new national poll by NBC News and The Wall Street Journal.

Overall, 27% of Americans say there is enough evidence to immediately start indictment hearings; 10 points more than in last month’s survey.

Another 24% think that Congress should continue to investigate whether there is sufficient evidence to hold impeachment hearings in the future. This line has dropped eight points.

And 48% believe that Congress should not hold impeachment hearings and that Trump should end his term as president; a percentage that has not changed since a month ago.

Almost all of the growth in support for the idea of ​​impeachment has come from the Democrats, of whom 48% want the hearings to take place right now. These represented 30% a month ago.

Now only 6% of Republicans support the holding of impeachment hearings, while 86% say that Trump should end his term as president.

Among the independents, 22% want audiences to take place already, 34% prefer to continue investigating and 44% oppose.

The NBC and WSJ poll comes after the end of May former special advisor Robert Mueller addressed the nation affirming that if he had confidence that the president did not commit a crime when it came to obstruction of justice ” we would have said it “; as well as after the Trump government has defied the summonses of the democrats to gather more testimonies on the investigation of the Russian plot.

Trump has continued to maintain that he did not obstruct justice in Mueller’s investigation of Russia.

Trump exhibits an approval rating of 44%…

It’s been almost one month since the Senate passed the TRACED Act to combat abusive and fraudulent robocalls that are taking over Americans phone lines.

But @SpeakerPelosi and the House still hasn’t acted on it… It’s time to VOTE!

Today is #Juneteenth, which marks the day the last slaves in the US were freed in 1865. Let us draw strength from past generations who inspired us to dream. We celebrate not only our freedom and achievements, but also recommit ourselves to the struggle for #EqualRights for all!

WINTER HAVEN, Fla. (FOX 13) – A Florida deputy has been fired and arrested after investigators learned he tried to lure a Polk County child for s*x, officials announced Wednesday.

The Okaloosa County Sheriff’s Office said one of their own, 41-year-old Cansas Sadler, Jr., came in contact with the 9-year-old girl through an online game called, “The Wolf,” reports The Northwest Florida Daily News. Sadler allegedly pretended to be an 11-year-old named, “Jade.” The child lives in Winter Haven, according to WEAR-TV…

It’s still up in the air, as all polls show tightening at the top between Joe Biden and Elizabeth Warren. Sanders is sliding. The latest The Economist poll has Warren trailing by only 10 points. 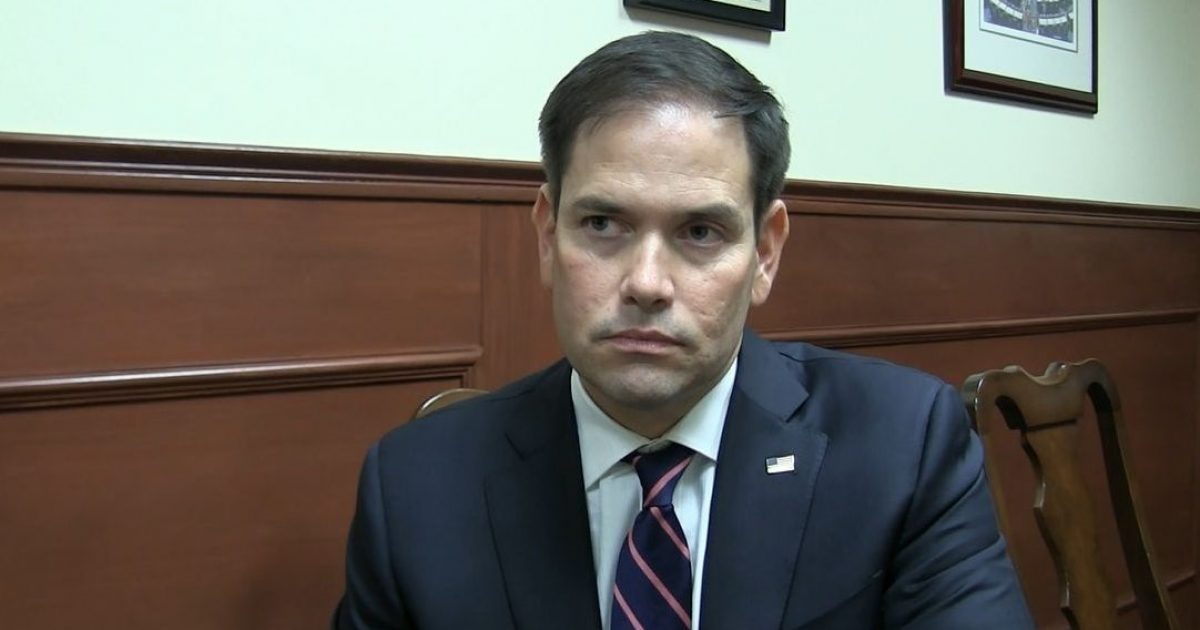