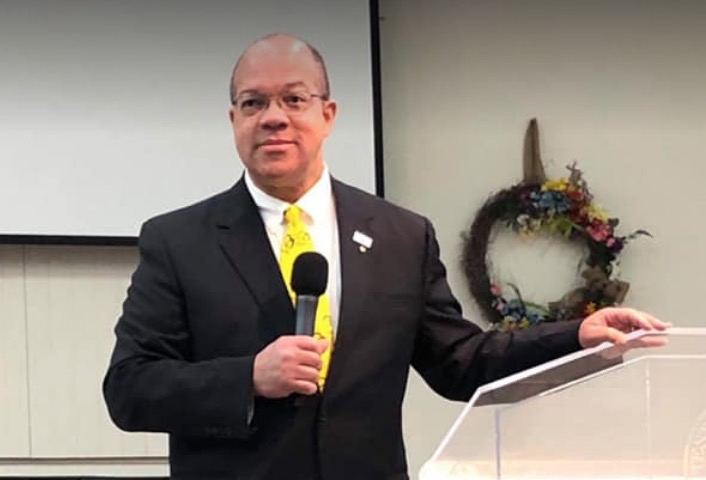 Amid calls from Republicans and Democrats to apologize for his response to a comment about executing gay people, state Rep. Mike Hill, R-Pensacola, issued a statement Wednesday saying he regrets “how the tone of my response to a constituent was received.”

For days, Hill has faced pressure to apologize for chuckling at a suggestion that he should introduce legislation based on a Bible verse that a constituent said would allow a man who has an affair with another man to be “put to death.” The question was asked by a man at an event held by Women for Responsible Legislation in Pensacola.

“I apologize for not directly responding to the fact that the premise for this question was inaccurate,” Hill said in a statement. “I deeply regret how the tone of my response to a constituent was received at this event.” Hill said he believes “all lives are created equal in the image of God,” regardless of sexual orientation.

In the prepared statement, Hill sought to correct the constituent’s understanding of the Bible verse involved in the controversy. “If the man was referring to 1 Corinthians 6:9-10, that text says nothing about anyone being put to death,” Hill said.

“It simply states people who practice various sins will not inherit the kingdom of God.” Democrats have called for Hill’s resignation, but House spokesman Fred Piccolo said the speaker’s office has not received formal complaints.

Without a complaint alleging a violation of law or a House rule, Piccolo said Speaker Jose Oliva “can’t act in any capacity until next session.” If a complaint is filed, it would be looked into by the House Public Integrity & Ethics Committee, he said.

Rep. Carlos Guillermo Smith, an Orlando Democrat who is gay, said Hill issued a “fake apology,” and suggested Oliva should strip him of committee assignments. “Does he really deserve to continue serving on the House Public Integrity & Ethics Committee, let alone the Legislature?” Smith asked. Oliva has called on Hill to apologize.