The Florida Legislature today sent HB 629, a lottery “warning label” bill, to Gov. Ron DeSantis’s desk and he now has until July 10th to either sign or veto the bill. The Governor is expected to veto the bill – which is an even worse version of a 2017 “warning label” bill that was also vetoed because it would have cut Lottery sales and therefore education funding in Florida.

By vetoing the bill, Gov. DeSantis will be protecting state education funding from an estimated $63 million in cuts with a veto of HB 629 and protecting thousands of Florida small business retailers from losing customer traffic and sales.

This year’s Lottery “warning label” bill is 20 words long, according to DeSantis-appointed Lottery Secretary Jim Poppell’s testimony to the legislature. These 20 words on all Lottery tickets in Florida would be the longest, most-extreme “warning label” on tickets in any state in the nation. Even the 2017 “warning label” legislation was only an average of six words in length.

Lottery Secretary Poppell told the Legislature that the state’s Revenue Estimating Committee worried about the impact to such warnings in the 2017 bill and now the 2019 legislation. He said, “…The first full year they [REC] estimated $64 million negative impact to the contributions to EETF [education trust fund]. This is not the 2017 bill; the REC certainly did not think it was.

The estimate of negative fiscal impact is approximately twice, a little more than twice, than the 2017 bill.” [Video of DeSantis’ Lottery Secretary is available here at minute 2:14]

Secretary Poppell went on to say that, “This bill requires this warning label to be on everything related to the Lottery. You walk in to your favorite retailor, you see a vending machine if they have one, it is going to be prominently displayed on the vending machine…And I am going to tell you that corporate retailors which accounts for approximately 45% of our sales are going to think twice about having all of that negativity in front of their customers…”

DeSantis’s Lottery Secretary is right to sound the alarm on the multi-million dollar cuts to education funding in Florida that would result from this bill, but even more so – how many small businesses will lose retail sales because of the aggressiveness of this 20-word long “warning”? A veto of HB 629 by Gov. DeSantis will protect education funding and Florida small businesses.﻿ 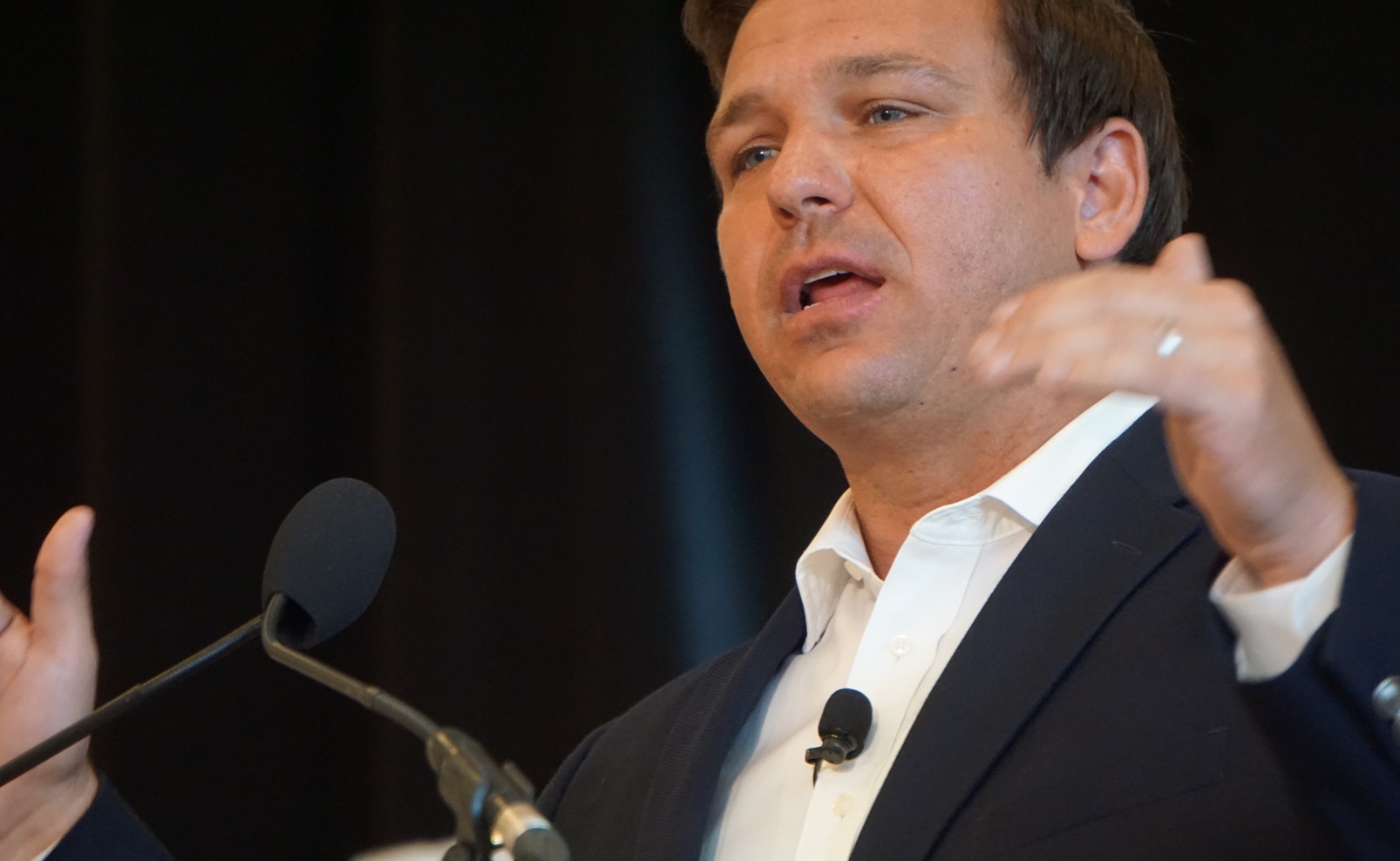