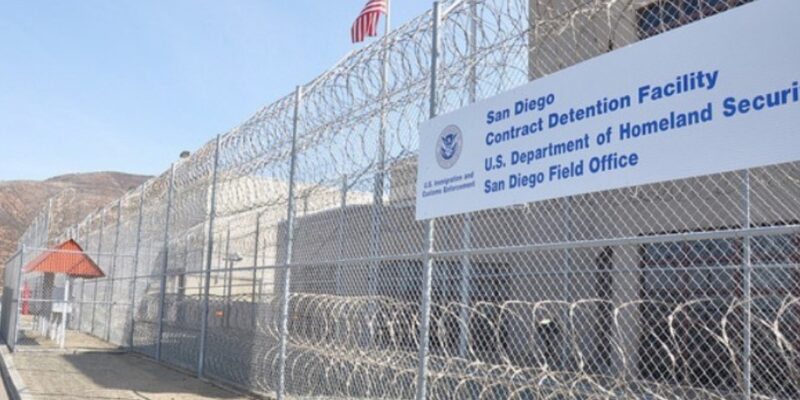 TALLAHASSEE --- Florida officials received a report in May of alleged child sexual abuse at the Homestead migrant shelter, marking the seventh report of such abuse at the controversial federal facility.

Homestead has received an influx of migrant children as a result of the Trump administration’s crackdown at the U.S.-Mexico border. Along with that has come scrutiny from advocacy groups and Democrats who decry the facility’s “prison-like” conditions and want it closed.

“Despite repeated reports of abuse and neglect, the U.S. government continues to deny children in immigration custody the basic protection, care and justice that U.S. and international laws --- not to mention our basic humanity --- demand,” Gaby Guadalupe, a spokeswoman with the American Civil Liberties Union of Florida, told The News Service of Florida when asked about the latest abuse report.

Records housed with the Florida Department of Children and Families indicate the May report was sexual in nature, between two minors, but no details were provided due to confidentiality issues. The department, which is the top child welfare agency in Gov. Ron DeSantis’ administration, said it “erroneously accepted” the May report, which has been referred to the federal government.

“The report has since been closed as DCF does not have jurisdiction to conduct child protective investigations at this federal facility,” DaMonica Smith, a department spokeswoman, said.

Had the state not mistakenly accepted the case, it would not have been disclosed in a public records request by the News Service.

“If it weren’t for our state’s open-records law, how would we know?” said Sen. José Javier Rodríguez, a Miami Democrat who is a vocal critic of the facility. “If they are not going to do it themselves, they are also not permitting others to provide services to children and giving them what they need.”

Rodriguez called on DeSantis to use his influence with President Donald Trump to give the Department of Children and Families jurisdiction over the child abuse complaints it receives. So it stops being a “black box,” he said.

“I like to hope that it is not far-fetched, we are talking about children,” Rodriguez said. “This would be a chance to show that they are not tied at the hip and that [DeSantis] can think for himself.”

DeSantis, a close political ally of Trump, has been publicly supportive of the border crackdown that caused Homestead’s population to swell to roughly 3,000 children since the facility opened in February 2018. His office would not say whether the reports the state has received about alleged sexual abuse at the facility raised concerns for the governor. His communications director, Helen Aguirre Ferre, referred all questions to DCF.

Of the seven reports received by the state about alleged abuse at the facility, two involved caregivers, one involving a staff member and another a legal guardian of a minor, state records show.

“The Homestead facility has discretion to allow DCF to conduct child protective investigations as we do not have jurisdiction,” Smith told the News Service in March when the first six reports came to light.

DCF was allowed to investigate the reports alleging caregivers had sexually abused children. Those probes determined there were no “indicators” of abuse, records show.

When the state received reports of the five other cases, which involved child-on-child sexual abuse allegations, including the latest report in May, the allegations were referred to the federal government because of the jurisdiction issues.

It remains unclear if the child-on-child reports have been investigated by the U.S. Department of Health and Human Services, which oversees the Homestead facility. The federal agency did not immediately respond to requests for comment.

The South Florida facility is the largest migrant shelter in the nation, housing unaccompanied children between the ages of 13 and 17 who crossed the border illegally. Seventy-two percent of them are boys, according to the latest report from the federal government.

Florida Democrats in Congress and the Legislature have criticized the federal government for not allowing the Miami-Dade County school district to provide educational resources to children in the facility and keeping hurricane emergency plans under wraps. They also have raised concerns about a lack of transparency on the handling of child sexual abuse claims.

With the annual hurricane season starting this month, safety concerns about children in the facility have drawn additional attention. The shelter sits in one of the state’s most vulnerable hurricane zones, and the Miami Herald reported that U.S. Rep. Debbie Mucarsel-Powell, D-Fla., has asked to look at the facility’s hurricane plan but has yet to see it.

The Florida Division of Emergency Management said the facility “is not required to submit” a plan to the state agency.

“During an emergency, FDEM provides resources to all Florida counties, as well as any state or federal partner requesting assistance,” Jason Mahon, a Division of Emergency Management spokesman said.