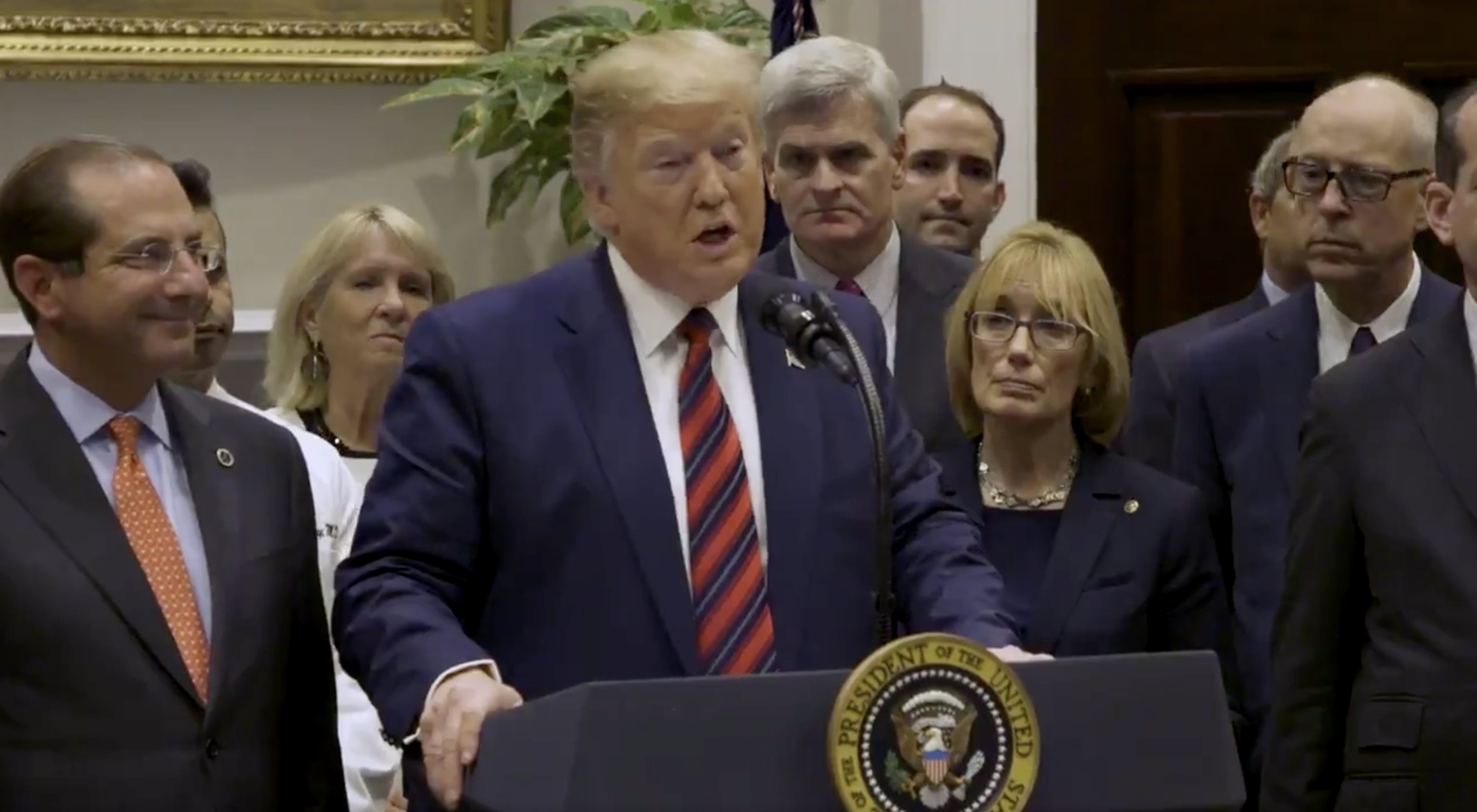 President Donald Trump held a press conference this week concerning surprise medical billing and other health care concerns that his administration is tackling.

In order to get the gears rolling on a bipartisan effort to enact legislation on the matter, the President announced that “no American mom or dad should have to lay awake at night worrying about the hidden fees or shocking, unexpected medical bills to come.”

In an election season where health care has become a growing concern for many Americans, lawmakers have moved swiftly in order to find a way to answer the concerns of the citizens they represent.

In the press conference, surrounded by lawmakers and medical experts, President Trump highlighted that Alex Azar, the U.S. Secretary of Health and Human Services, had announced that the Trump administration is now going to require drug companies to disclose the price of their drugs in television advertisements.

Though some have criticized the move by saying that the administration will shame companies into lowering the costs of drugs, President Trump explained that the move is only meant to ensure transparency.

Big announcement today: Drug companies have to come clean about their prices in TV ads. Historic transparency for American patients is here. If drug companies are ashamed of those prices—lower them!

In addition, noting that the Republican party is becoming the party of healthcare, President Trump detailed that the party is “determined to end surprise medical billing for American patients.”

Trump informed that his administration would be unveiling the plan over the next two weeks, saying that “It’s gonna be as important as a health care bill. It’s gonna be something really special.”