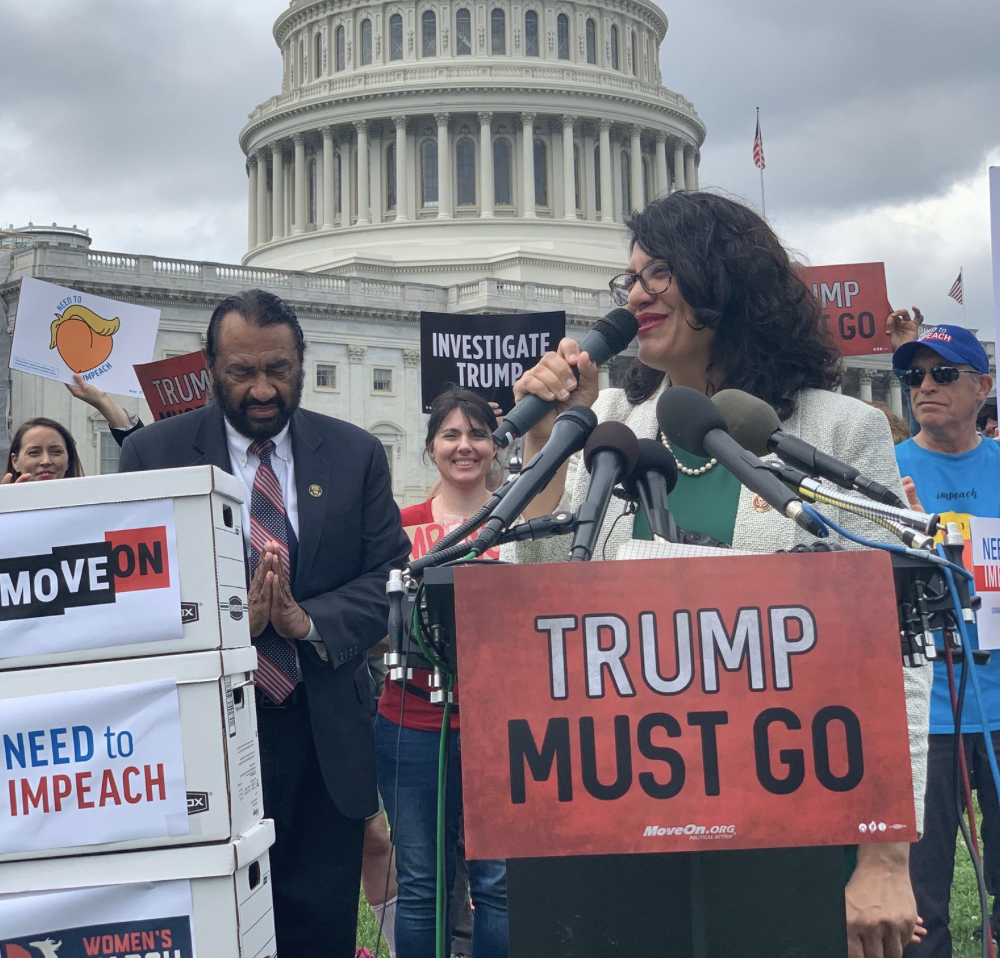 The submission of the Mueller report only heightened tension concerning the Russia collusion narrative as Democrats made the push to begin impeachment proceedings against President Trump.

In addition, calls were made for Mueller to testify before Congress because the investigation showed that no further indictments would be made and that President Trump and his campaign had not colluded with Russia to win the 2016 Presidential election. Democrats wanted answers, and Mueller took to the podium this week to give it to them.

Announcing that the “investigation is complete,” Mueller informed that he would be “formally closing the special counsel’s office” and that he would not be testifying before Congress because “the report is my testimony.”

What has drawn criticism from Democrats is that Mueller commented that “charging the President with a crime was not an option we could consider,” but this is not deterring Democrats from wanting to see President Trump impeached.

Commenting on the matter, controversial rep. Rashida Tlaib (D), in an interview on Hardball with Chris Matthews, said that it is our duty to impeach the President.

“No one should be above the law,” she noted, adding that “no one should sit there and become a king-like President.” Tlaib expressed that “it endangers our well being, our future.”

The criticism aimed at the Trump campaign now is that they have attempted to cover up their misdeeds, but many supporters of the President have criticized this claim, wondering what needs to be covered up if the investigation unveiled that there is nothing to cover up.

Roger Stone, personal friend and political advisor of President Trump, instead leads the conversation in another direction.

Earlier this month, in an Instagram post, Stone shared his thoughts on the criticism directed at President Trump, arguing that “Nancy Pelosi is right. There is a cover-up going on. It’s the cover-up of an abuse of power in which the intelligence agencies under Obama knowingly used fabricated evidence to obtain warrants to use their authority and capability to spy on the Republican candidate for president… for political purposes.”

Stone then questioned, “what did Obama know and when did he know it?”