By Javier Manjarres and Daniel Molina

Florida's 2019 legislative session is finally over.

He ran. He won. And now, Gov. Ron DeSantis is conquering Florida politics as we know it. With sky high approval ratings over the way in his first five months in office, DeSantis appears as if he can do no wrong.

Even the usual Democratic Party opposition seems a tamed, and is not really unleashing their fury at him. Perhaps, actually, that’s the case because DeSantis has been able to effectively address their climate change and water pollution issues.

IT'S NOT EVEN CLOSE- Uncle Joe or "Sleepy Joe," whatever you want to call him, is broken away from the field of 2020 Democratic presidential candidates. It really isn't even close at this point, but there is a whole lot of time remaining before one of these candidates wins their party's nomination. READ MORE

SPEAKING OF JOE..."Serving as @BarackObama's Vice President was a privilege and an honor. We share the belief that America is a place where ordinary people do extraordinary things and anything is possible." THIS WILL BE USED AGAINST HIM

By doing so, Trump all-but labeled Iran as a terrorist state. Now Trump is sending the U.S.S. Abraham Lincoln battle group to the Persian Gulf in show of force against the Iranian regime. READ MORE

NIET! YOU STOP RIGHT THEIR, BUDDY – "Rubio says Russia threatening US national security," by HISPOLITICA:Doral, Florida – Sens. Marco Rubio (R) and Rick Scott (R), along with Rep. Mario Diaz-Balart (R), attended a roundtable meeting with leaders from the Venezuelan, Colombian, Cuban and Nicaraguan communities, to show support for the ongoing efforts to bring “freedom and democracy” in Venezuela. Read More

DONT FORGET THE GIRLS – "Rep. Wilson continues fight against Boko Haram by The Floridian's Daniel Molina:Florida Rep. Frederica Wilson (D) slammed terrorist group Boko Haram over the weekend, informing that “over 100 girls are still captured by a terrorist organization who kidnapped them straight from their classroom over five years ago.” READ MORE

ILLEGAL IMMIGRATION BEING DEALT A BLOW - ‘Sanctuary cities’ bill clears Florida House by News Service of Florida:TALLAHASSEE — After a long and fiery debate about how the state should deal with illegal immigration, the Florida House on Wednesday passed legislation that seeks to crack down on local governments that do not fully cooperate with federal immigration authorities. READ MORE

ARMING TEACHERS-Senate passes controversial school safety bill by News Service of Florida:TALLAHASSEE — In search of a solution that will prevent another school massacre, a sharply divided Florida Senate on Tuesday passed a wide-ranging school safety bill that includes a controversial provision aimed at adding armed teachers to the line of defense.

NEXT ROUND OF SHOTS ARE ON DeSANTIS - " DeSantis signs first death warrant for serial killer by News Service of Florida:Gov. Ron DeSantis on Tuesday signed his first death warrant, with an execution scheduled May 23 for Tampa-area serial killer Robert Joseph Long, according to documents posted on the Florida Supreme Court website. Long was sentenced to death in the May 1984 murder of Michelle Simms after picking her up on Kennedy Boulevard in Tampa. READ MORE

SUNSHINE - "Project Sunrise” Wants Florida to Shine by The Floridian's Daniel Molina: The Florida Council of 100 released a report today that they’re calling a comprehensive roadmap for the sunshine state’s next 12 years. READ MORE

It really is no contest at this point. Biden is up big. Real big, and Bernie seems to be sliding. Look at these numbers >>> It's shocking >>>

Climate change is one of the most pressing problems facing our planet. Today I proudly voted in support of #HR9, which blocks the Trump Administration from pulling out of the Paris Agreement.#ClimateActionNow

"Like many public systems, GOP want to rip the battery out + say the whole car doesn’t work, so they can sell it for parts.

Fully funding the VA & hiring to fill the *49k vacancies* is a clear path to improving it - not auctioning off our vet care systems to for-profit companies."-Rep. Alexandria Ocasio-Cortez

Unfortunately, all "public systems" have either failed or are failing, including the VA. Maybe she should ask a veteran about his or her's experience with the VA. My father is a vet and has to wait months on end for a single follow up appointment. The VA is broken,needs to be replace, at the very least, streamlined,

AOC supports Venezuela's Nicolas Maduro, but maybe not for long. Maduro just announced that his government has just reactivated a Mineral coal mine in his country. Sooooo not very "Green New Deal"

You’re right; America will NEVER be a socialist country. But America WILL be a country where drug prices come down, if @realDonaldTrump and I have anything to say about it.

We’re fighting for the American people.

This is a deliberate attempt to undercount immigrants, stripping communities like many in my district and state of funding and political representation. We need a fair and just #2020Census.

A 19-year-old California man was arrested Sunday in connection with a shooting earlier in the day at a state park that left five wounded, police said.

Francisco Orozco, of Oakland, was arrested on suspicion of attempted murder. He was being held on $500,000 bail, according to the Los Angeles Times.

A large crowd was gathered at an Oceano Dunes Natural Preserve campsite on California’s central coast when park officials began receiving calls about a shooting, the San Luis Obispo County Sheriff’s Office said. A witness said the shooting occurred after an argument, according to ABC 30, though the subject of the argument wasn't immediately clear. 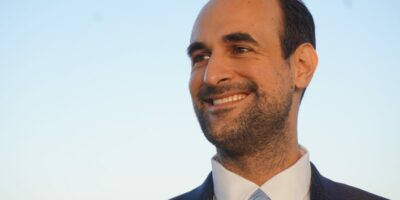 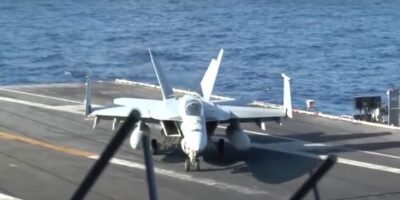