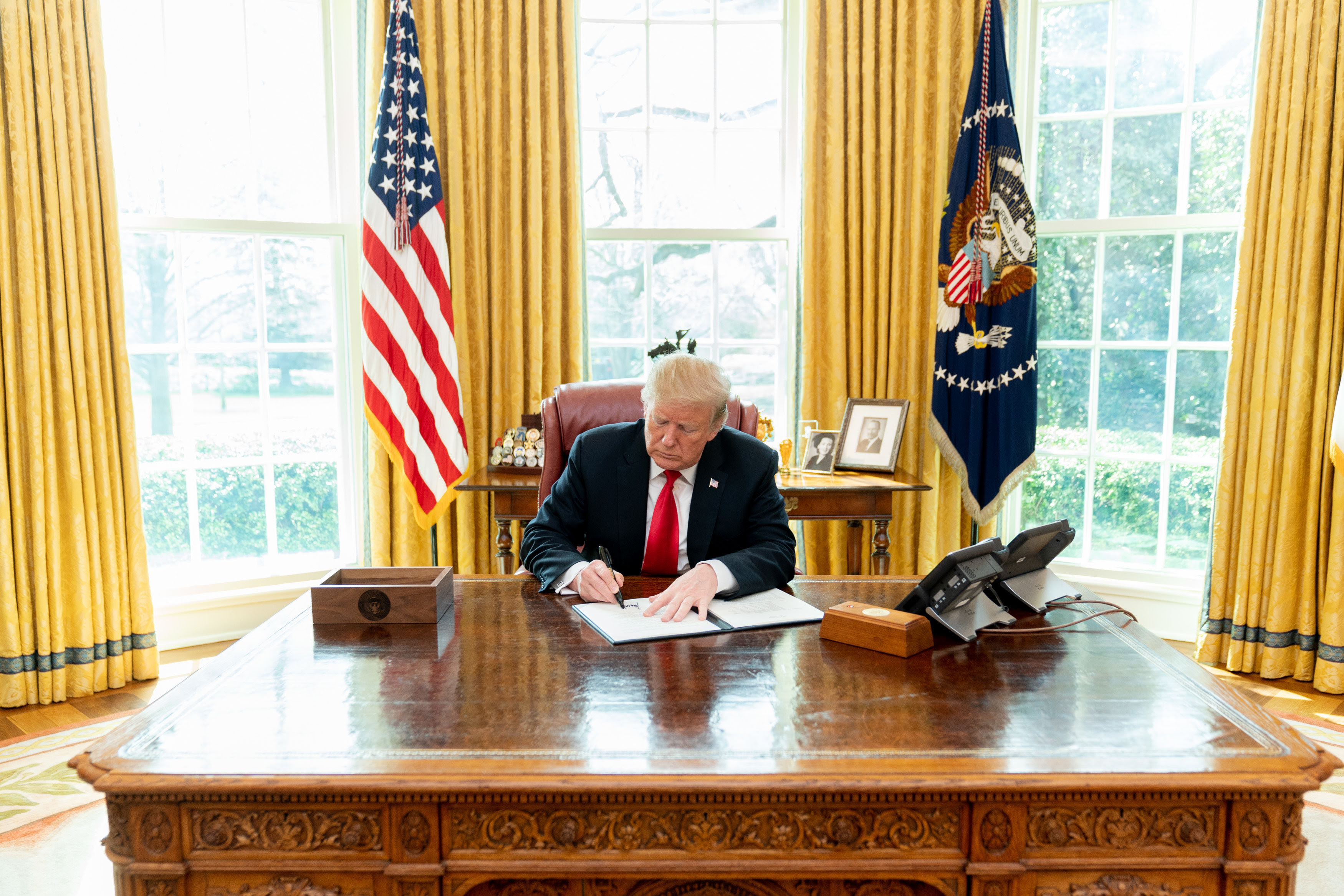 The Trump administration is once again making history by designating a part of a foreign country as a terrorist organization. This is a first, as no other president before him has ever gone this far.

By labeling Iran’s Islamic Revolutionary Guard Corps (IRGC), who is accused of plotting dozens and dozens of terror attacks over its 40 years of existence, as a terrorist group, it all but brands Iran as a terror state.

During a press conference to announce the designation, Secretary of State Mike Pompe0 said that the move was “in direct response to an outlaw regime and should surprise no one,” adding that the IRGC has planned, organized terror campaigns around the world, including the 1983 Marine Corps barracks bombing in Beirut, Lebanon, which was carried out by the terror group Hezbollah.

Pompe0 tied the IRGC to Hamas, as well as other terror groups, and mentioned that IRGC-sanctioned terror attacks were thwarted in Washington, as well as in Turkey, where Israeli assets were targeted.

“Today, I am formally announcing my Administration’s plan to designate Iran’s Islamic Revolutionary Guard Corps (IRGC), including its Qods Force, as a Foreign Terrorist Organization (FTO) under Section 219 of the Immigration and Nationality Act.  This unprecedented step, led by the Department of State, recognizes the reality that Iran is not only a State Sponsor of Terrorism, but that the IRGC actively participates in, finances, and promotes terrorism as a tool of statecraft.  The IRGC is the Iranian government’s primary means of directing and implementing its global terrorist campaign.

This designation will be the first time that the United States has ever named a part of another government as a FTO.  It underscores the fact that Iran’s actions are fundamentally different from those of other governments.  This action will significantly expand the scope and scale of our maximum pressure on the Iranian regime.  It makes crystal clear the risks of conducting business with, or providing support to, the IRGC.  If you are doing business with the IRGC, you will be bankrolling terrorism.

This action sends a clear message to Tehran that its support for terrorism has serious consequences.  We will continue to increase financial pressure and raise the costs on the Iranian regime for its support of terrorist activity until it abandons its malign and outlaw behavior.”- President Donald Trump

Florida Senator Rick Scott (R) applauded Trump’s move, suggested that the president do the same with the Maduro regime in Venezuela.

I applaud @POTUS for designating Iran’s IRGC as a Foreign Terrorist Organization today.

Now we should do that same with the colectivos in #Venezuela that are thugs of @Nicolasmaduro, using violence & terror to prevent the people of VZ from freedom & democracy. https://t.co/Jsy5N10J4h