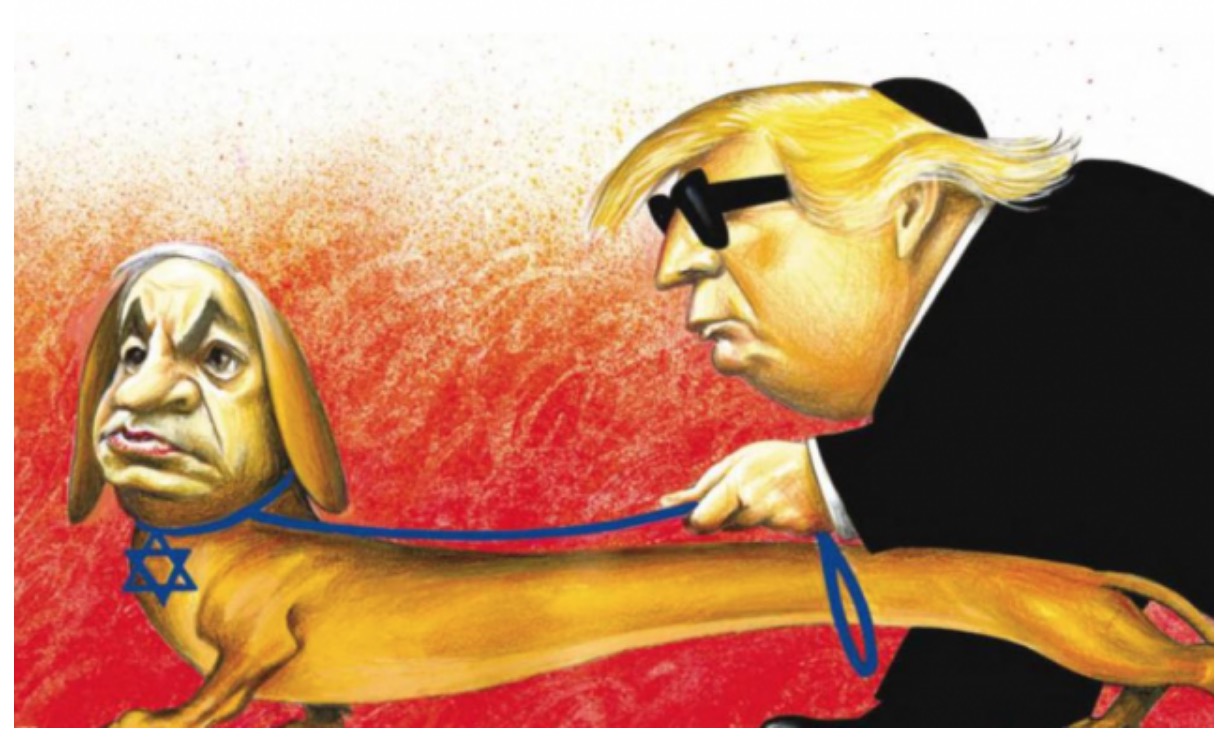 The New York Times didn’t apologize for its “lack of judgement” for publishing an anti-Semitic caricature of Israeli Prime Minister Benjamin Netanyahu and President Donald Trump, but did call the image and its complimenting tropes “offensive.”

The Times has since deleted the post, but many questions have raised over how the newspaper came to the conclusion to publish such a hate-filled story

How this editorial opinion and cartoon was approved for printing escapes just about everyone has learn of it.

An Editors' Note to appear in Monday’s international edition. pic.twitter.com/1rl2vXoTB3

“What kind of person would even submit a cartoon like this for approval? An anti-Semite. Deleting the anti-Semitic cartoon doesn’t delete the anti-Semitism inside the organization that led to its publication,” said Florida Sen. Marco Rubio (R)

Rep. Ted Deutch (D) called the publishing of the opinion a “terrible decision.”

The image (above) shows Israeli Prime Minister Benjamin Netanyahu as a guide dog wearing a Star of David on his collar, leading a blind US President Donald Trump, seen wearing a skullcap.