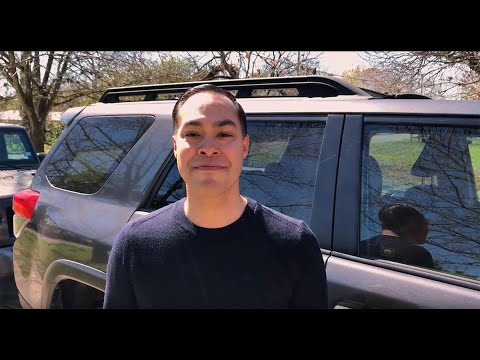 On his Instagram and twitter accounts, Castro argued that “our nation has lost sight of the most important component of our immigration system – people.” With his plan, Castro explains that his immigration policy will “create a more just, more compassionate immigration system.”

He declared that he will “effectively end immigration detention,” he will “reconstitute immigration and Customs enforcement (ICE),” he will provide a “pathway to citizenship for undocumented immigrants,” he will “return to classifying undocumented migration as a civil offense, not a criminal one,” he will “strengthen family reunification,” and he will “establish a 21stCentury ‘Marshall Plan’ for Central America.”

On twitter, he shared an editorial that further explains his thoughts on the matter, writing that with President Trump there’s been “a failure of leadership, a failure of policy, and a failure of conscience.” However, he added that these failures are an extension of “an original and foundational failure: a failure to understand that despite the rhetoric, when we see families seeking refuge, we don’t see criminals, or an invasion, or a threat to national security.”

Castro noted that “the truth is, immigrants seeking refuge in our country aren’t a threat to national security. Migration shouldn’t be a criminal justice issue.” And, he called for the need “to end this draconian policy and return to treating immigration as a civil –not a criminal – issue.”

In the editorial, Castro slammed President Trump on several immigration positions the President has taken, and Castro argued that his own plan will express the idea that “we should choose people first.”

He concluded that the nation’s immigration reform should “reflect the collective values that we all share – equality, fairness, justice, and compassion. It’s time that we recognize that protecting our borders and treating immigrants with compassion are not mutually exclusive.” With his plan, Castro asserted that it “re-integrates those collective values in our immigration system” because it is “a policy that is sensible and fair, and treats those who cross our borders in search of refuge with empathy and understanding.”