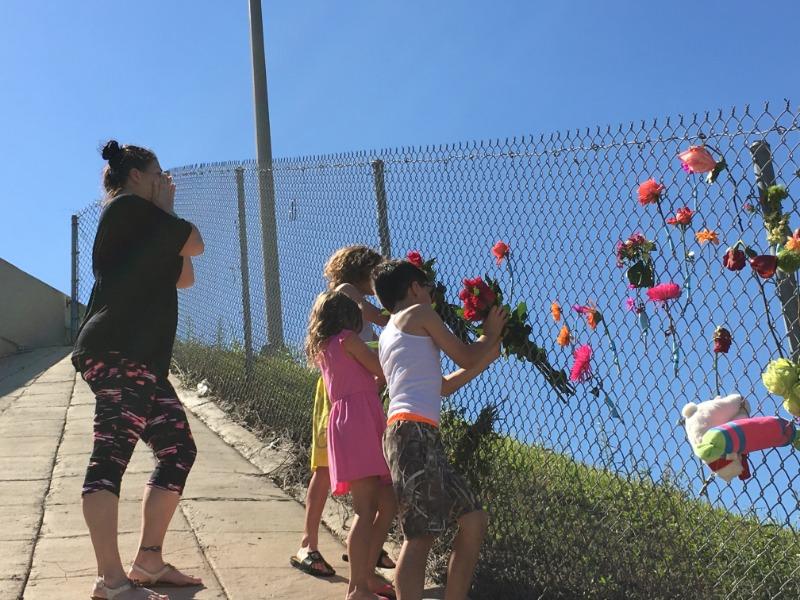 TALLAHASSEE — A little more than a year ago, the idea of allowing armed teachers in classrooms nearly scuttled school-safety legislation hurriedly crafted in the wake of the horrific mass shooting at a Parkland high school that left 17 students and staff members dead.

But now, a sharply divided state Senate is prepared to sign off on another far-reaching school safety bill that includes a provision to allow classroom teachers to serve as armed school “guardians.”

The measure (SB 7030) incorporates many of the recommendations of the Marjory Stoneman Douglas High School Public Safety Commission, which spent months digging into the Feb. 14, 2018, massacre at the Broward County school before finalizing a report in January.

Republicans and Democrats support nearly everything in the Senate bill, which addresses school hardening, student mental health and school safety assessments, among other things.

But senators are divided along party lines over the controversial concept of allowing full-time classroom teachers to volunteer for the school guardian program, which was authorized last year. Currently, trained school personnel who are not full-time instructional staff can serve as guardians if school districts decide to participate in the program.

During a Senate floor session Wednesday, Sen. Perry Thurston, D-Fort Lauderdale, offered an amendment that would have stripped the armed-teachers provision from the bill, prompting a lengthy debate.

The amendment failed on a party line 22-16 vote that could be a harbinger of a final vote on the bill as soon as Tuesday. Sen. Anitere Flores, a Miami Republican who sided with Democrats in opposition to the bill during a committee meeting last week, was not on the floor during the vote. Sen. Kevin Rader, D-Delray Beach, was excused from the floor session.

Speaking against Thurston’s proposal, Sen. Rob Bradley, R-Fleming Island, argued that attitudes toward having guns on campuses have evolved since the introduction of armed school resource officers years ago.

“This is not about gun rights or anything like that. This is about keeping our children safe and, when all other things fail, that there is a last line of defense to save our children. And it’s nothing more than that,” Bradley said.

But Sen. Bill Montford, a Tallahassee Democrat whose district includes several rural counties that support the guardian program, said teachers shouldn’t be called on “to make a life and death choice” because lawmakers won’t provide adequate funding for school safety.

“Why in the world would we put ourselves in the position of saying the last line of defense is a classroom teacher picking up a gun?” said Montford, a former Leon County schools superintendent who is chief executive officer of the Florida Association of District School Superintendents.

Sen. Dennis Baxley, R-Ocala, argued that the Marjory Stoneman Douglas commission, which was created last year by the Legislature, spent months investigating the issue before recommending that teachers be allowed to have guns. He said it is crucial that someone with a weapon be able to respond to an active shooter within the first three minutes of an attack.

“I have schools that are 20 minutes away from anybody coming, and there is no way anybody’s going to come rescue there,” Baxley said. “The reality is, the dollars and the sheer workforce is not there for all of these people to be hired for around-the clock-protection at school sites.”

Sen. Oscar Braynon, D-Miami Gardens, said allowing anyone other than law enforcement officials to bring guns onto school campuses could reverse what is now a “safe space” for children, especially for those who come from violence-plagued neighborhoods.

The “guardian program is completely optional,” said Sen. Manny Diaz Jr., a Hialeah Republican who is sponsoring the school-safety measure.

“We have a very diverse state with different needs,” he said.

Several Republican senators noted that the commission voted 14-1 in favor of expanding the guardian program to allow teachers to carry guns. The sole vote against the proposal came from Max Schachter, whose 14-year-old son Alex was among the slain students.

Sen. Darryl Rouson, D-St. Petersburg, pointed out that “the commission is not the Legislature.”

“The buck stops here,” he said. “Are we injecting a new professional component into the life of a teacher? Are we turning them from professional educators into professional gunslingers?”

Of the state’s 67 counties, only 25 implemented the school guardian program, and only $10 million of the $67 million earmarked for the program has been used, Thurston said.

Thurston reminded his colleagues that children from Marjory Stoneman Douglas High School — and thousands of other students — traveled to Tallahassee to plead with lawmakers in the aftermath of the shooting.

“The students came up here and spoke to us. What did the students say? The students said, if you would do something, ban assault weapons and don’t give our teachers guns,” Thurston said. “We’re not giving pencils. We’re not giving rulers. We don’t want to protect our most precious commodity on the cheap. We want trained law enforcement officers to protect our children. We want teachers to teach and inspire and encourage our children, not to be the last line.”

Thurston’s amendment was one of a number of failed attempts by Democrats to tweak the bill. One proposal would have allowed parents to “opt in” or “opt out” of allowing their children to be in classrooms with armed teachers. Another would have allowed sheriffs to use leftover school guardian funds to pay for other safety-related items.

This year’s school-safety measure also includes another significant change to the guardian program, which now requires approval of school boards and county sheriffs to go into effect. Under the new measure, school boards alone could authorize the guardian program and districts could use sheriffs from other counties to train personnel who sign up for the program. The bill also would allow schools to contract with private companies to provide security guards.

Kelly Moore was among several women wearing red “Moms Demand Action” T-shirts who looked on from the public gallery in the Senate during Wednesday’s floor discussion of the bill.