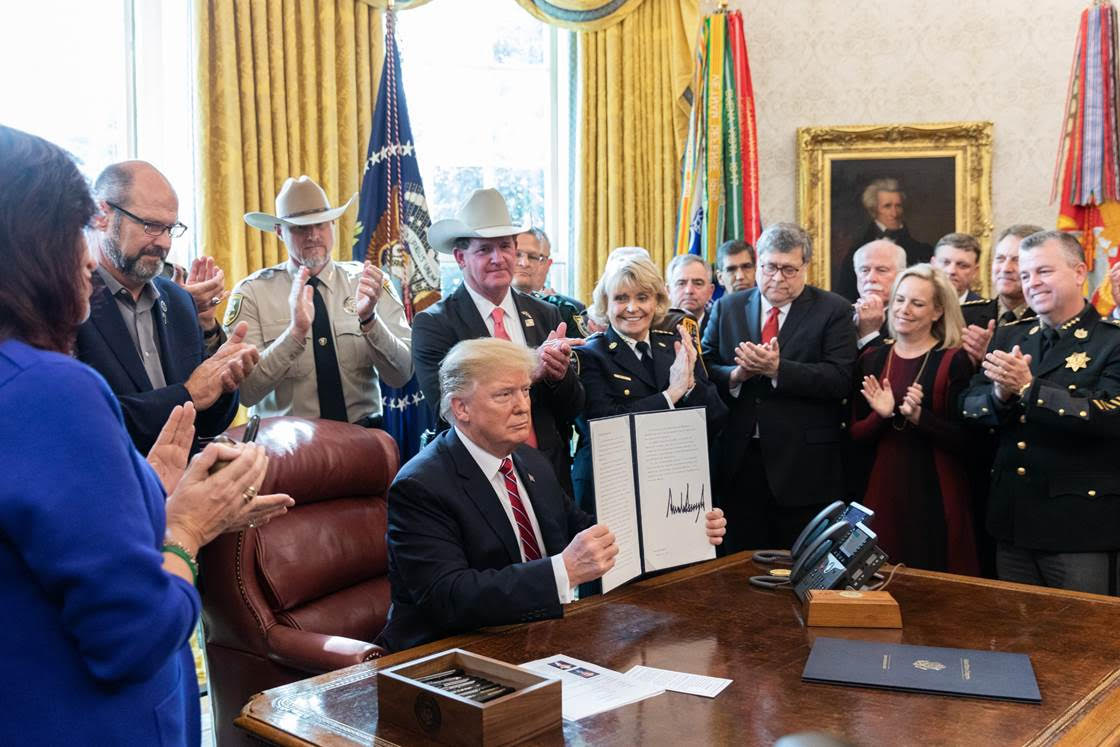 Today’s expected VETO of the senate rebuke of President Trump’s emergency declaration has come to pass, as the president held court for invited supporters of his immigration edict. Staying true to his optic form, Trump lifted up the signed document for the world to see.

On March 14, a small group of senate Republicans joined Democrats and voted in favor of defeating Trump’s emergency declaration. The Democratic-control House of Representatives had already voted in favor of the measure.

Senate Republicans say that they do not have enough votes to overturn the president’s veto.

According to The White House, Sheriffs from across the nation, as well as individuals from agencies intricately involved in the border security debate, were in attendance of the signing.

The following individuals were in attendance: