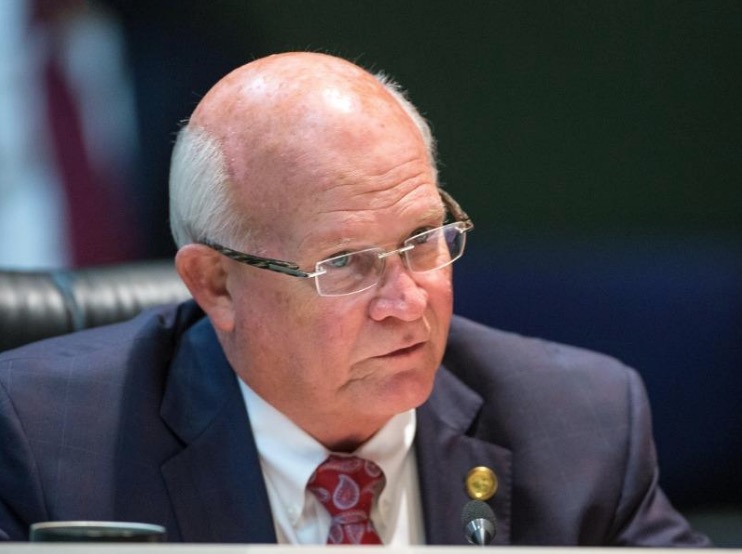 Senators back making it harder to change Constitution

TALLAHASSEE — An effort to make it harder for voters to approve changes to the Florida Constitution advanced along party lines Wednesday in the Senate.

“Look at the things that we’ve had in there (in the Constitution), trains, pigs, you know the examples,” Baxley said. “It’s gone to the point that it’s truly diluting the very purpose of a Constitution, to use it as a policy tool.”

But Sen. Bobby Powell, a West Palm Beach Democrat who voted against the proposal, asked if the rules should be changed any time lawmakers disagree with the outcome of a vote.

“Sixty percent to me is a huge majority,” Powell said.

An identical proposal to make it harder to pass amendments (HJR 57), sponsored by Rep. Rick Roth, R-Loxahatchee, has not been heard in the House.

Even if the proposals do not pass the Legislature, a political committee called Keep Our Constitution Clean PC filed paperwork last week at the state Division of Elections as an initial step toward trying to get the issue on the 2020 ballot.

Like Baxley and Roth, the committee wants to create a two-thirds threshold for passing future ballot measures. Voters would have to approve increasing the threshold because the current 60 percent requirement is in the Constitution.

While lawmakers could put a measure on the 2020 ballot, the political committee would need to submit 766,000 petition signatures to take its proposal to voters.

Since voters approved the 60 percent threshold in 2006, the success rate of proposed constitutional amendments has been 61 percent.

Of the 27 amendments approved over that time, 15 have come in the past two general-election cycles, which a Senate staff analysis said “suggests a possible recent trend toward easier voter approval.”

But requiring two-thirds approval could have prevented passage of some of the amendments.

As an example, only four amendments on the 2018 ballot — measures to end greyhound racing, prohibit oil drilling and vaping, strengthen lobbying restrictions and make it harder to expand gambling — would have passed with the two-thirds requirement.

Several high-profile amendments have been proposed by political committees for the 2020 ballot. Those proposals deal with issues such as increasing the minimum wage, overhauling the electric utility industry and banning assault-style weapons.