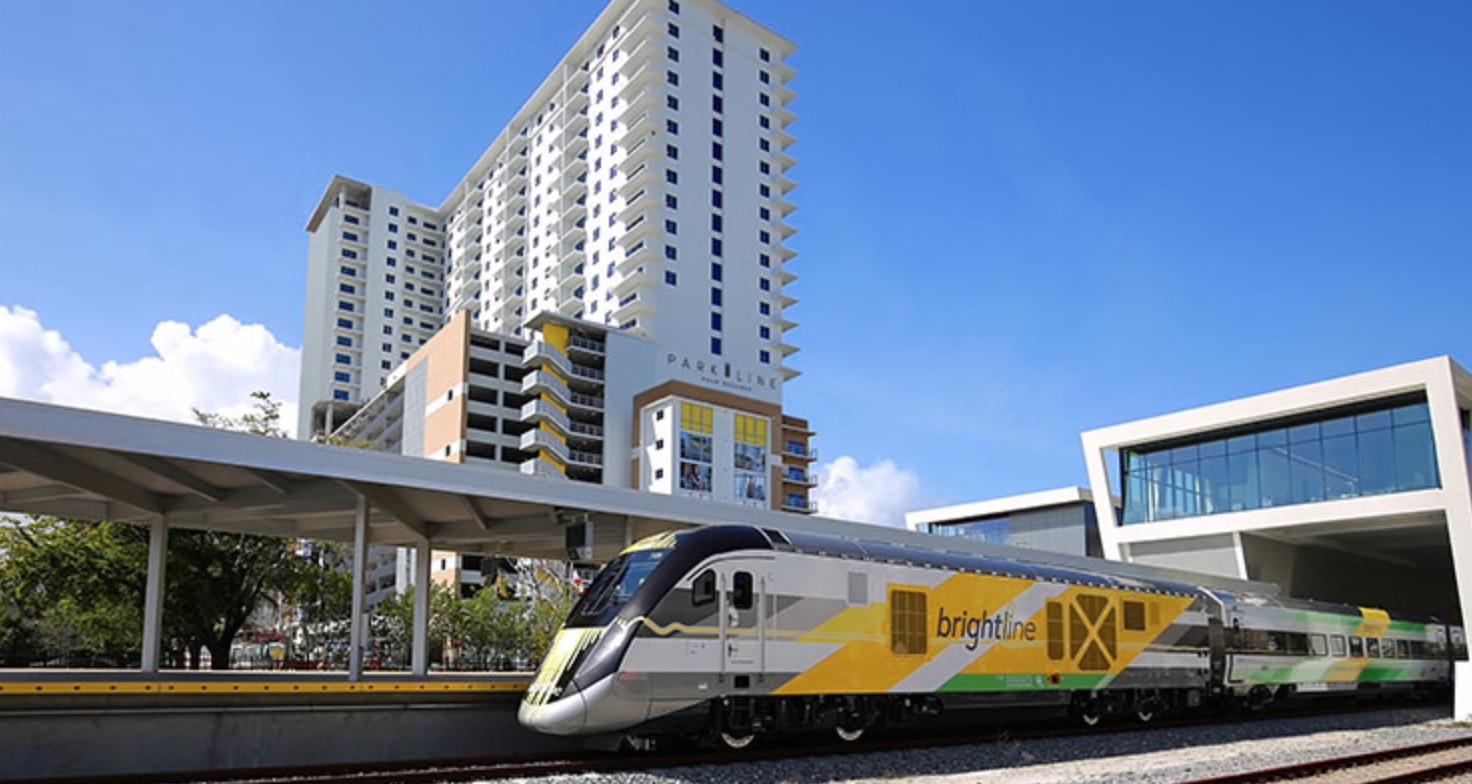 TALLAHASSEE — Brightline rail service largely drew praise from businesses, transportation officials and communities where stops are planned, during its request Friday to issue another $950 million in tax-exempt bonds.

But a lobbyist for Indian River County, which continues to file legal challenges against the rail line, also briefly outlined objections of the Treasure Coast community where the trains will run without a stop on existing freight lines.

“Indian River County does not believe that the corporation has yet evidenced the ability and financials to undertake the issuances of $950 million in bonds,” Stephen “Pepper” Uchino, a Tallahassee lobbyist who represents the county, told the Florida Development Finance Corporation during a hearing at a Residence Inn near the Capitol.

The objection comes amid Indian River County’s latest lawsuit, in which the county challenges having to pay for maintenance upgrades to railway crossings on the Florida East Coast Railway corridor that will be used by Brightline. The county argues that Brightline, which will be rebranded as “Virgin Trains USA” later this year, is not a party to its existing maintenance agreement with Florida East Coast Railway.

The Florida Development Finance Corporation is expected to take “several weeks” compiling paperwork regarding the bond request before any decision is made, officials said Friday.

The Palm Beach Post reported Feb. 18 that ridership on the Miami to West Palm Beach route is well below the 1.1 million predicted for 2018, and the company has $700 million in debt.

But Brightline President Patrick Goddard said numbers for commuter and business travelers have shown “strong growth,” and the bonds, which are not guaranteed by the state, will allow the company to continue construction between West Palm Beach and Orlando.

“Our expansion from South Florida to Orlando is shovel ready, construction contracts have been bid and awarded, and we’ve received all material approvals,” Goddard told the panel Friday.

The company anticipates the northern extension will cost about $1.9 billion and, once started, will take about three years to complete, he said.

The bonds will be used for improvements in Orange, Brevard, Miami-Dade, Broward and Palm Beach counties, which Goddard said also should see economic benefits of the new service.

Among those speaking on behalf of Brightline, MetroPlan Orlando Executive Director Gary Huttmann said an efficient transportation system is critical to the region’s economic prosperity.

Brightline was recently granted a 90-day extension to continue negotiating with the Florida Department of Transportation and the Central Florida Expressway Authority on using land along Interstate 4 that could be used to link the service between Orlando and Tampa.