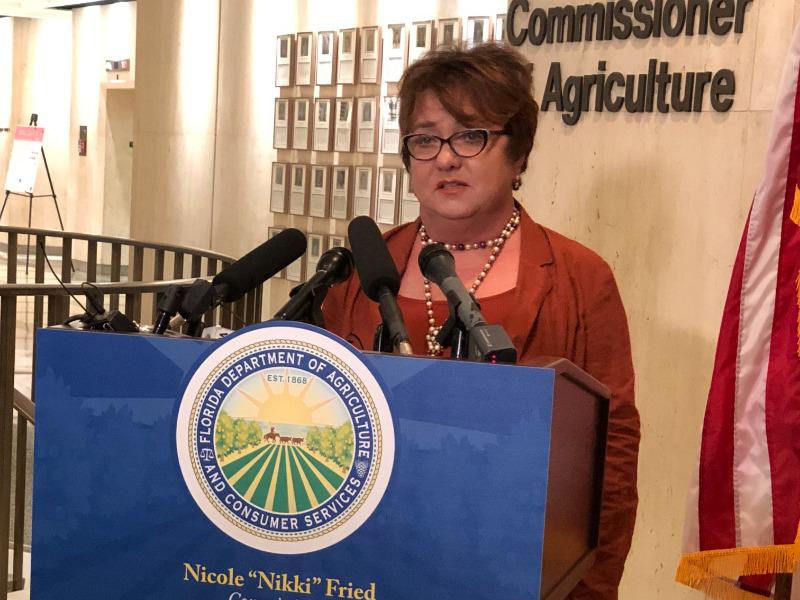 TALLAHASSEE — Saying hemp is poised to be a “multibillion-dollar industry in the state,” Agriculture Commissioner Nikki Fried on Wednesday appointed the state’s first cannabis czar.

Fried, a Democrat elected in November who made increasing access to medical marijuana one of the cornerstones of her campaign, tapped Holly Bell, a former banker, to serve as director of cannabis. Fried created the position after taking over the Department of Agriculture and Consumer Services last month.

Bell, who has a degree in agricultural economics from Purdue University, has worked as a cannabis consultant in other states and helped “build the infrastructure to create Tennessee’s industrial hemp program,” according to a news release issued by Fried’s office Wednesday.

Fried said Bell will work with farmers and scientists to help develop Florida’s nascent hemp industry following the passage of a federal farm bill that broadly legalized hemp, a cannabis plant that does not contain euphoria-inducing THC. Also, Bell will monitor other state agencies’ activities regarding medical marijuana.

“The stakes are really high here in our state to get this right. Studies show that Florida can be the number one state in America for medical marijuana and to help involve and bring up this industry,” Fried told reporters at a news conference announcing Bell’s appointment.

Bell said she helped Tennessee farmers embrace hemp as an alternative to tobacco, soybeans, cattle and cotton — crops similar to those grown in Florida.

“Hemp is a multibillion-dollar opportunity and potential for the state of Florida and the agriculture community as an alternative crop. After 80 years of stalled progress, we can finally begin to put cannabis to work for farmers, consumers and patients here in Florida,” Bell said at a news conference.

She also ticked off a list of problems with the state’s implementation of a constitutional amendment, approved by voters in 2016, that legalized medical marijuana for a broad swath of patients.

Insurance companies do not cover the cannabis treatment, cities have prohibited marijuana operators from opening retail stores, and “we don’t have enough licenses” for operators to meet patient demand, Fried said.

“When we have a supply problem, we can’t reduce the cost,” she said.

The state also needs to revisit the “vertical integration” system that requires operators to grow, process and distribute cannabis and related products, Fried said. Moving away from vertical integration could involve opening the industry to companies that wouldn’t be responsible for all aspects of the cannabis business. For example, some companies could operate solely as dispensaries or as growers.

While many of the items Fried identified would require action by the Legislature or the state Department of Health, the agriculture commissioner said she intends to crack down on unregulated hemp-based products being sold at gas stations, grocery stores and smoke shops throughout Florida.

Many of the products contain or are advertised as containing low levels of non-euphoric cannabidiol, or CBD. The products, sold in oil, edible or even whole-flower form, are untested in Florida and have become a source of confusion for law enforcement officials and prosecutors.

Following the passage of the federal farm bill, which took hemp off the list of controlled substances, the state needs to oversee industrial hemp — which is used for rope, textiles and plastics, among other things — as well as all aspects of hemp-related products that are ingested or used in other ways by humans or animals, Fried said.

“Part of all of this is getting CBD to be regulated here in our state, grown here in our state, manufactured here, processed here, delivered here and to be part of ‘Fresh From Florida.’ This is a consumer issue. It is our job to make sure that the citizens of our state who are buying CBD know what is in it. You don’t have that right now,” she said.

When asked what her first task will be as the agriculture department’s cannabis chief, Bell paused.

“That’s a good question,” she said. “I’ve got to do a lot of research and get to know the team and work with the commissioner and put an outline together for her vision. Then, we’ll be implementing that.”