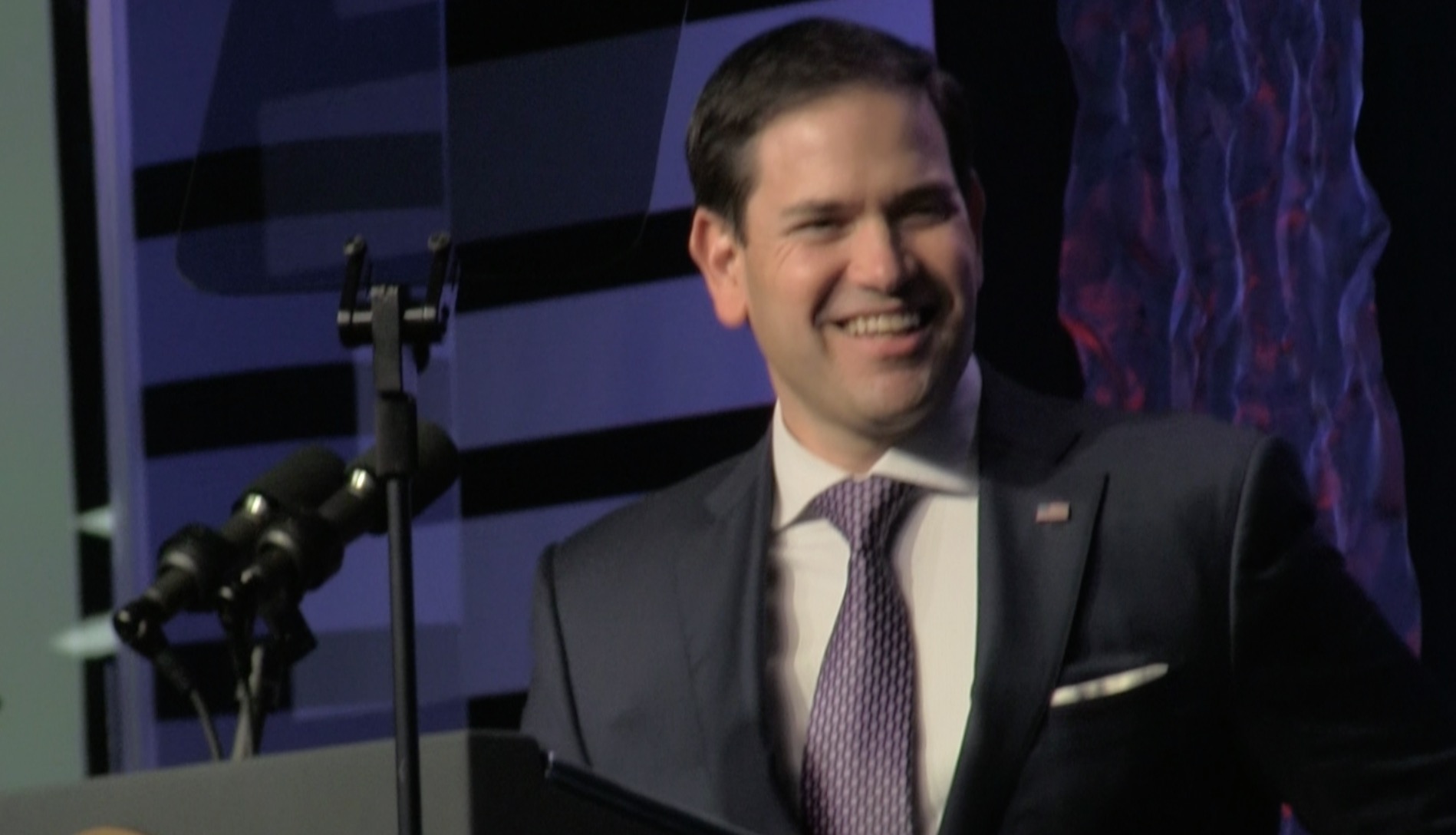 The Democratic field of 2020 presidential candidates continues to balloon, as Rep. Tulsi Gabbard and Sen. Cory Booker have both announced their presidential aspirations.

The field is expected to reach upwards of 20 candidates leaving many politicos like Florida Senator Marco Rubio (R) to poke fun at the potential optics of such a crowded race.

We caught up to Rubio under the Capitol in Washington, D.C., where the former presidential candidate jokingly questioned how Democrats were going to lay out their debates with so many candidates.

There’s a lot of them. You know when you have that many people running, it looks as if there’s going to be upwards of 14 or 15, I’m just curious of what they are going to do with their debates. Having lived through that myself.

Rubio then quickly pivoted from the 2020 Democratic presidential primary race to outlining how “radical-leaning” and “leftward” he believes the Democratic Party has become, as some members of the congressional Democratic caucus are pushing for “Medicare for all” and late-term abortion.

“I think the Democratic Party has become so extreme. The party of 90% tax rates. Medicare for all, wiping out private insurance, giving the government complete control over your healthcare, they have become the party of abortion up until moments before birth, they have become the party of some voices who are anti-Israel and pro-BDS, just in the last 3 months, the leftward, radical-lean of the party I think endangers their prospects, and most Americans just aren’t where they are on these issues.”-Sen. Marco Rubio (R)