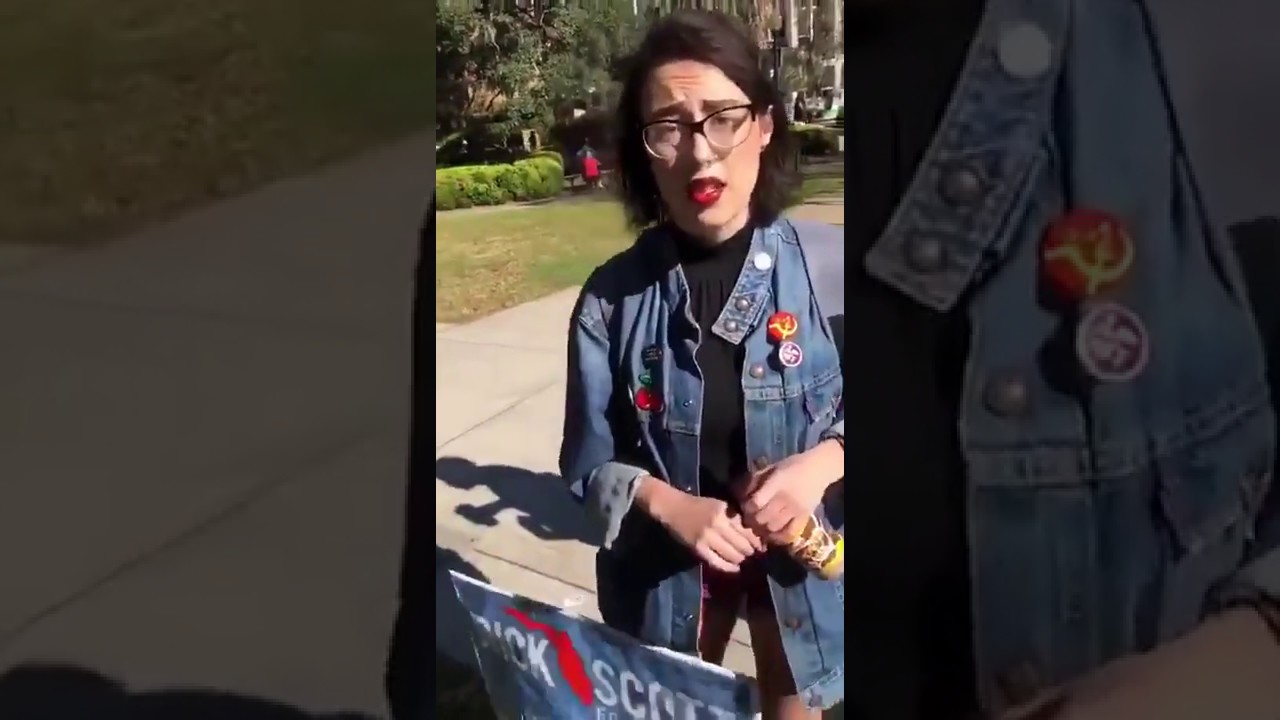 A volunteer for Tallahassee Mayor Andrew Gillum has been arrested and charged with one count of misdemeanor battery. The 19-year-old Florida State University student and self-described supporter of communism was arrested after she poured chocolate milk on Republicans campaigning on campus.

It’s interesting to note that, on footage, the volunteer mentions her support of communism, and Mayor Gillum has been slammed during campaign season of being a socialist and wanting to implement radical positions if he should be elected Florida’s next Governor.

A video that has since gone viral shows the 19-year-old arguing with Republicans, blasting them for supporting “Nazis” and “fascism.” After pouring the chocolate milk on the campaigners, the student is then seen kicking a sign in support of Ron DeSantis, Mayor Gillum’s Republican opponent in the race to become the sunshine state’s next Governor.

The volunteer in question has been working for the campaign for about two years, where she conducts “extensive donor research for Tallahassee, Florida, and national supporters.” She has also had a hand in coordinating fundraisers, formal events and receptions.

Florida State responded to the incident in a tweet, announcing that the volunteer had been arrested and charged. FSU also released a tweet commenting that “FSU is a diverse community that values and respects each person. FSU expects each member of the community to embrace the values of civility and ethical conduct and obey the law. Regarding Tuesday’s incident, the individual was identified, arrested and charged with battery.”

In response, fellow Florida Lawmaker Congressman Matt Gaetz, who’s campaigned on behalf of Congressman DeSantis, tweeted out that “This video shows the absolute lunacy of the left.”

Gillum and his campaign have not responded to the matter as election day is just less than a week away.

The video of the incident can be seen below: