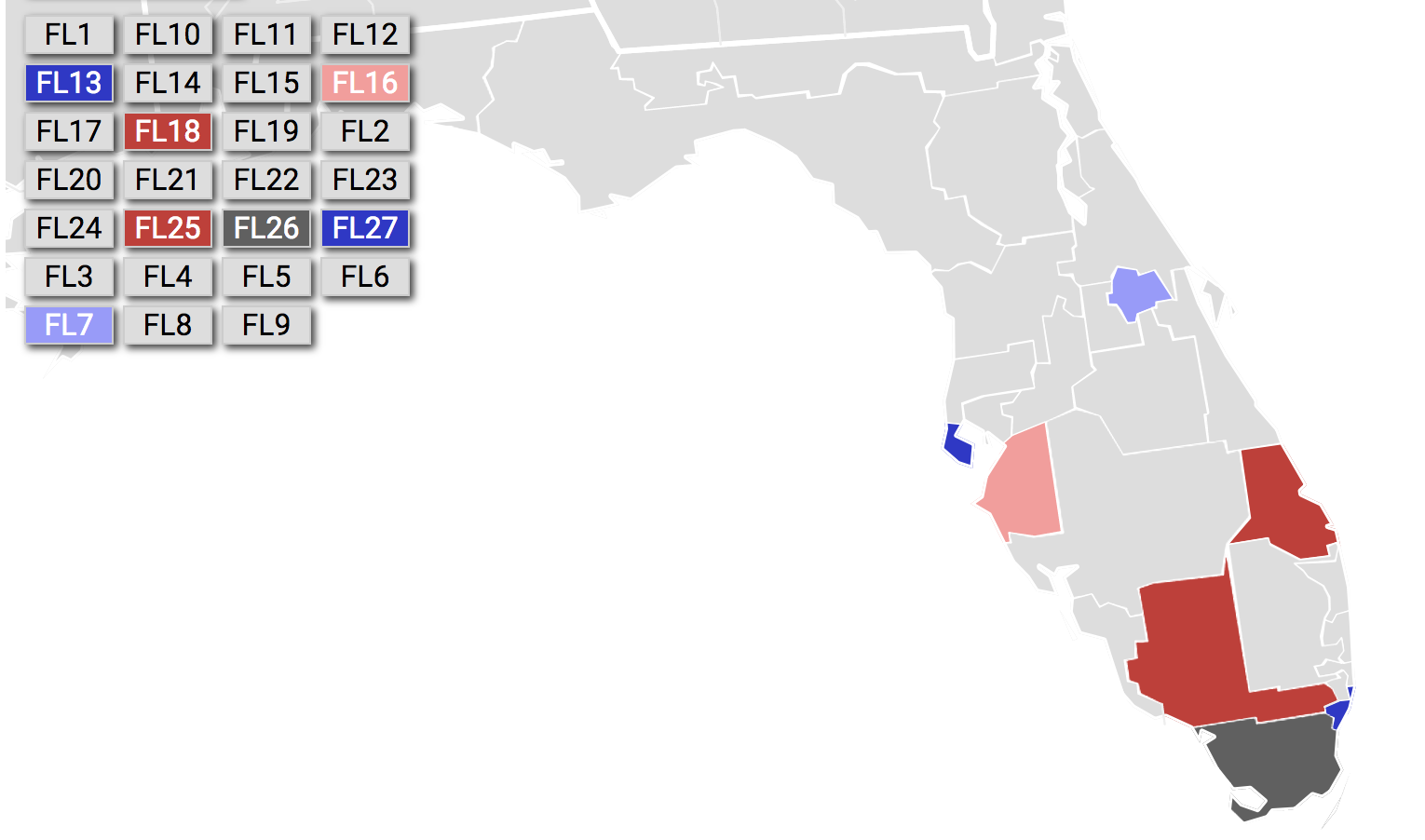 Florida’s congressional make up on the verge of change

With so many congressional seats up for grabs in 2018, the chances that Democrats take back control of the U.S. House of Representatives are beginning to grow.

Florida, the nation’s most important swing state, will once again be the focal point in this year’s mid term elections.

Several key congressional races are being targeted by Democrats, especially the three seats that represent all of  Miami-Dade County.

Rep. Carlos Curbelo (R) is once again the #1 target for Democrats, but now Rep. Mario Diaz-Balart’s seat is being challenged, and some political operatives believe that there is a chance the seat changes hands.

The race between Democrat Donna Shalala and Republican Maria Elvira Salazar to replace retiring Rep. Ileana Ros-Lehtinen (R) is expected to move over to the Democrats, but Salazar could make the race very interesting with her unmatched name recognition among Hispanics.

Republican Rep. Brian Mast is also expected to win his race against Democrat Lauren Baer despite his past problems with his conservative base of support.

Up in the Orlando area, Rep. Stephanie Murphy (D) is facing a very strong challenge from Republican Mike Miller.

Even though this seat leans a bit Democrat, Miller could pull off a major upset come election night.

Even with some glimmers of Democratic momentum, the Trump factor could, and probably will decide the outcome of every congressional race in 2018.