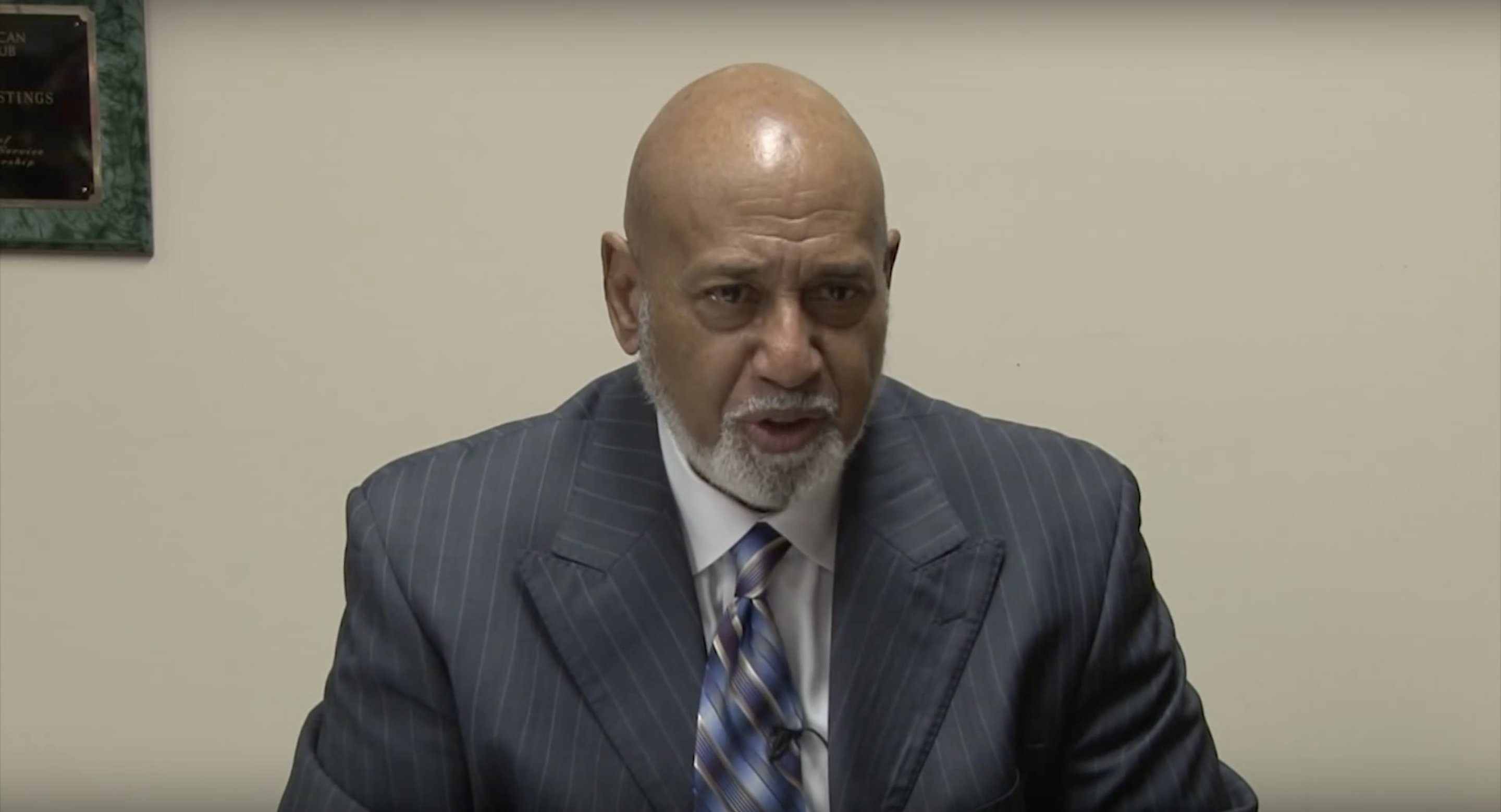 Florida Democratic Representative Alcee Hastings attended the “Stronger Together” rally Sunday night in Sunrise, Florida where he made a controversial joke about President Donald Trump drowning. The joke prompted some laughter, and he said it’s a joke he got from former state representative Barry Silver’s son.

Hastings asked the crowd, “”Do you know the difference between a crisis and a catastrophe?” He then went on to answer that “A crisis is if Donald Trump falls into the Potomac River and can’t swim… and a catastrophe is if anybody saves his ass.”

Hastings has been a vocal critic of the President, and he event called President Trump a “sentient pile of excrement.”

Hastings commented that “There is no question that something is tragically wrong with the president of the United States in his mind.” He cited Omarosa’s recent claim that she has a recording of the President using a racist epithet, and he believes that Omarosa’s recording is what will bring the President down.

Senator Bill Nelson and other leading Democratic figures were also present at the rally. However, according to the South Florida Sun Sentinel, they had left the event when Hastings made the joke.

He is currently running a reelection campaign, and he is expected to win.