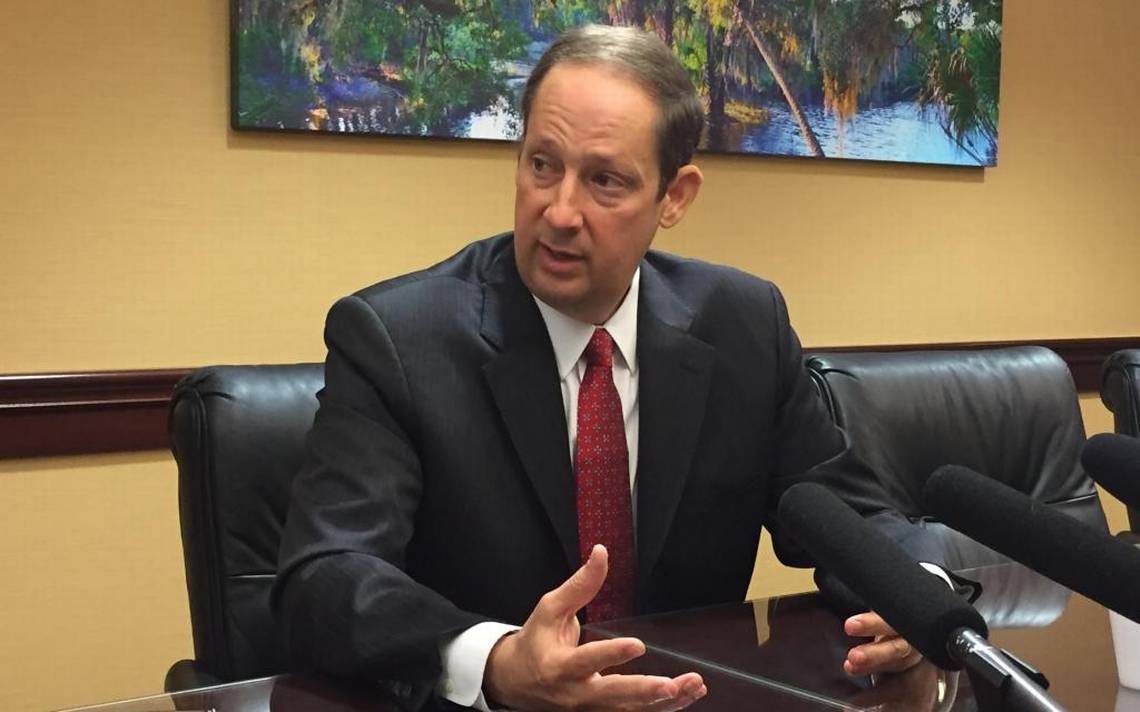 Senate President Joe Negron reiterated his chamber will have “zero tolerance” for sexual harassment or misconduct against employees and visitors, as he gave an opening address Tuesday for the 2018 legislative session.

Negron also talked of the need to address impacts from Hurricane Irma and to further build up the state university system.

And Negron said the Senate will work with Gov. Rick Scott on his request for additional pay raises for law-enforcement officers and with House Speaker Richard Corcoran, R-Land O’ Lakes, on expanding school choice.

“One thing I know is, it doesn’t matter at all to the Floridians we represent where these ideas originate,” Negron said. “They’re worried about taking care of their families. Taking their students to ballet practice, to Little League practice. … Families are busy trying to survive and prosper and they don’t care about this home-and-away football game mentality that some people have. I am happy to do school choice. I am happy to help our medical profession. I’m happy to protect consumers, patients, to improve our colleges. Improve our K-12 system.”

Negron’s opened his address by acknowledging the national topic of sexual harassment, which has hit home in the Senate.

Clearwater Republican Jack Latvala resigned following the release last month of a report by Special Master Ronald Swanson, a former judge. Swanson was hired after a Senate staff member alleged sexual harassment by Latvala. The report concluded that Latvala broke rules about sexual harassment, and it recommended a criminal probe into other allegations that the longtime lawmaker had promised legislative favors for sex.

“State government should lead by example in instituting policies that ensures employees feel safe when they come to work and comfortable to confidentially report inappropriate behavior by any person,” Negron said.

Negron did not address a disclosure — just moments before the session began — of an affair between Senate Minority Leader Oscar Braynon, D-Miami Gardens, and Sen. Anitere Flores, R-Miami.

The joint statement was issued after an anonymous website alleged the affair.

Negron added that the Senate continues to address the impacts of Hurricane Irma, looking at issues such as fuel supplies, abandoned vessels, bulking up the electric grid, assisting the agricultural industry and making nursing-home reforms.

Residents of a Broward County nursing home died after Irma knocked out the facility’s air-conditioning system. Negron said he wanted to ensure the safety of Florida’s seniors who reside in nursing facilities. He said it is critical that seniors are “cared for with the highest level of safety and dignity. And that will be one of our priorities this session”

He also said the Senate would work with Scott on “policy and budget” to welcome displaced Puerto Ricans after Hurricane Maria.

Negron also said he wanted to take a multidisciplinary approach to helping solve Florida’s opioid crisis. Drug-related deaths in Florida jumped by 35 percent in 2016, but experts say the situation is even more dire than the statistic demonstrates.

Negron said the multidisciplinary approach should include medication-assisted treatment and increased criminal penalties for selling and trafficking drugs.

The Senate will hold its first full floor session Thursday and is expected to take up a Negron priority (SB 4) that would make permanent an expansion in Bright Futures scholarships. It also includes other higher-education proposals, such as holding universities to a four-year graduation standard in performance funding.

Published with permission by the News Service of Florida