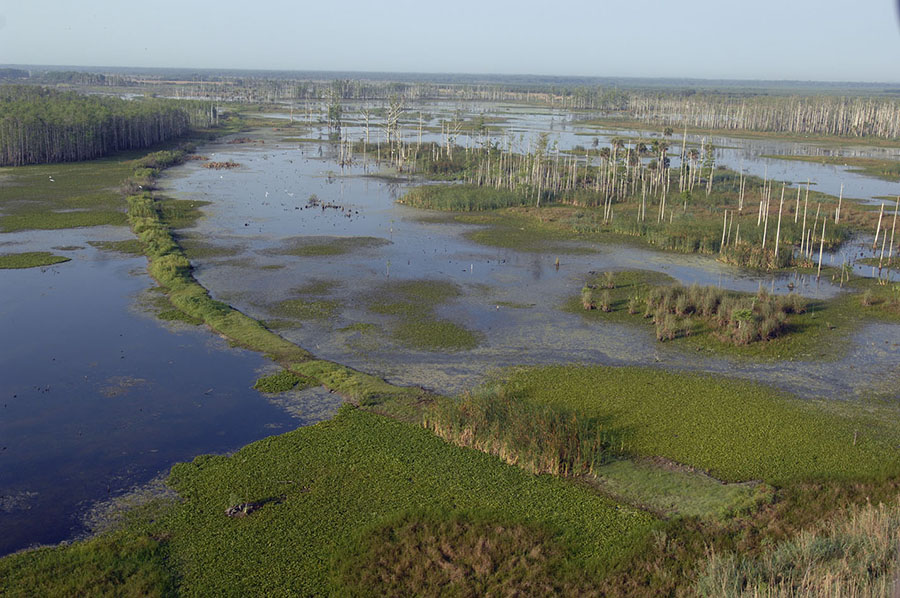 A big factor in the timeline for design and construction of the reservoir is waiting for federal-government approval of its half of the roughly $1.6 billion project, district Executive Director Ernie Marks told members of the House Natural Resources & Public Lands Subcommittee.

The federal money — needed to trigger two to three years of design work and five to six years of construction — could conservatively take two years to secure, Marks estimated based on past federal performance and authorizations.

“If we had the funding to do it, we could move forward tomorrow. But we need a commitment from our federal partners that they’re going to pay that half,” Marks said. “We need a commitment from the federal partners that they’re going to open the southern end of the system, because I don’t think it does any of the taxpayers any good to have a giant water resource project out there that we can’t operate.”

Senate President Joe Negron, R-Stuart, last year made a top priority of passing a bill to create the reservoir. The idea is to move water south from Lake Okeechobee into the reservoir instead of releasing it into the St. Lucie and Caloosahatchee estuaries in Southeast and Southwest Florida.

The issue is high-profile in Negron’s Treasure Coast district, where residents blame releases from the lake for algae-tainted water in the St. Lucie Estuary.

While Wednesday’s state House meeting was underway, U.S. Rep. Brian Mast, a Palm City Republican, announced he sent a letter to President Donald Trump seeking about $4 billion to provide money for the reservoir, along with projects within the Comprehensive Everglades Restoration Plan and the Central Everglades Planning Project, and to speed up completion of improvements to the Herbert Hoover Dike around Lake Okeechobee.

“These congressionally authorized projects create a roadmap to ensure the survival of Florida’s ecosystem, which has been continually altered by the federal government over the past century,” Mast wrote. “Without restoration, Floridians from across the state will continue to combat life threatening events through rising waters, devastating storms and ecological destruction.”

The Negron-backed bill, signed into law by Gov. Rick Scott in May, allows Florida to bond up to $800 million for the reservoir.

The bill caps annual state funding at $64 million and places the reservoir on state-owned land rather than private farmland in the Everglades Agricultural Area.

To make the proposal more acceptable to farmers, residents and politicians south of the lake, the plan was redrawn to lower the costs and the bonding amounts. Also thrown in were a number of economic development projects in the Glades region, including an expansion at the Airglades Airport in Clewiston and an inland port in western Palm Beach County.

Negron and a number of resident and conservation groups, have questioned the proposed size of the reservoir. Negron last month wrote to Marks that plans put forward “may be unnecessarily constrained by using a limited footprint.”

Courtesy of The News Service of Florida