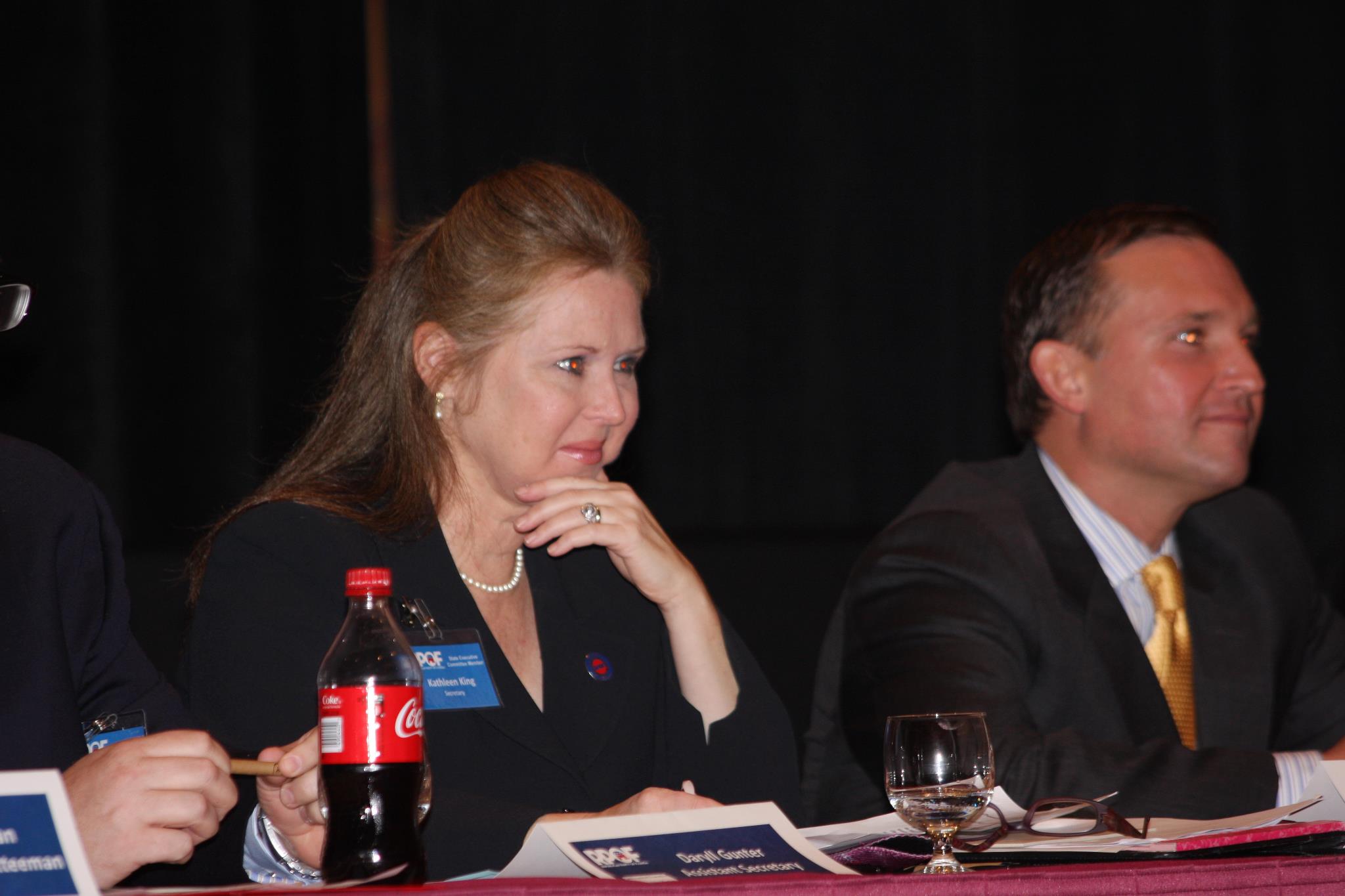 This past November, Manatee County Republican Chairwoman Kathleen King and Karen Giorno, both Trump supporters and former staffers, competing to replace the outgoing Day as National Committeewoman during a Republican Party of Florida Executive Committee meeting.

Of the 35 votes cast in that interim election, King bested Giorno by a total of 24 to 11, making her the new interim National Committeewoman.

Now the stage is set for a rematch on January 5, 2018, as Giorno has decided to challenge King once again.

Like we mentioned, both women were part of the team in Florida that helped elect President Trump to office, so it comes to no one’s surprise that garnering the “Trump vote” is vitally important for both.

King appears to have the clear advantage. After all, she is the acting National Committeewoman for the state.

Now key statewide Team Trump players are coming out in support for King’s re-election efforts, expressing their confidence and respect for the longtime RPOF leader.

Trump’s 2018 District 4 director, Kevin Sifferman, believes that King is “outstanding representative for Mr. Trump” and has shown “real leadership,” adding that she is the “person to help unite the GOP here in Florida.”

“Fresh leadership, smart leadership, who has Florida resident interests at best, she will do what is right for the Trump campaign,” said Sifferman.

Other former Trump staffers like Beverly Hires and Annie Marie Delgado believe that King is as “dedicated” as they come, and is “the only candidate that can fill those (Sharon Day) shoes.”

Here is a compilation of the videos: