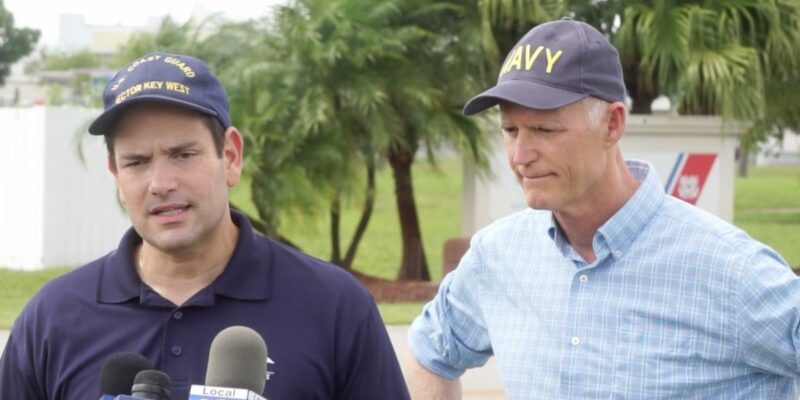 Republican Senators are looking to address an issue that has involves the state-controlled Chinese companies and their business dealings with the American government. The Republicans seeking to address this issue – Sen. Marco Rubio (R-FL), Sen. Rick Scott (R-FL), and Sen. Marsha Blackburn (R-TN) – have introduced the Turn off the Tap Act, which is designed to keep federal funds out of the hands of “firms listed on several federal blacklists, including the Department of Commerce’s Entity List and the Non-SDN Chinese Military-Industrial Complex Companies List.”

“It’s not only dangerous to fund Chinese businesses with American taxpayer dollars, but it’s also dumb. This bill would prohibit federal funds from bankrolling Chinese and other firms we know are not acting in our best interest.”

Senator Scott added that the bill will prevent American tax dollars from pouring into one of our main adversaries, China, which “wants to hurt our economy.”

“We know Communist China will stop at nothing to try and exploit American markets and take advantage of American businesses operating within the genocidal regime’s borders. The Turn OFF THE TAP Act will stop the flow of hardworking Americans’ dollars to countries like Communist China that want to hurt our economy. This legislation is a no-brainer, and I urge the support of my colleagues for its quick passage.”

The bill also has support from Rep. Claudia Tenney (R-NY) who has introduced companion legislation.

This past June, Sens. Scott, and Rubio introduced the China Oil Export Prohibition Act, a legislative measure to prevent the sail of oil to China.

Because of the damage that these occurrences have caused Americans, Sen. Marco Rubio (R-FL) and Sen. Rick Scott (R-FL) have introduced the China Oil Export Prohibition Act. According to the Rubio press release, “The bill would prohibit the exportation of oil and petroleum products from the United States to the Peoples’ Republic of China, and ensure we do not unwittingly aid and support our primary adversary.”