Florida Rep. Matt Gaetz, who is a political boogeyman to Progressive and Liberal Democrats, is just one of many voices that believes that the ongoing illegal immigration crisis along the U.S. southern border is criminal, and an orchestrated event by the Biden administration to "flood the zone" with potential and future voters. Rep. Gaetz reacted to a tweet that announced the Biden Justice Department filing suit against the state of Arizona in an attempt to block a law that would require voters to "provide proof of citizenship for some federal elections."

"Let in millions of illegals. Get the illegals voting. Socialism" stated Gaetz.

The concerted effort to convert illegal immigrants into voters has been confirmed as Democratic lawmakers across the nation have made a spirited and lightning-fast demand that local, state, and federal elections, do not require individuals to produce a legal form of picture identification to vote.

Democrats are playing the numbers game and believe that the more illegal immigrants or aliens that cross into the country, the better the chance that they will vote for Democrats.

Democrats are banking that all Latinos or Hispanics are monolithic and would vote Democrat if given the opportunity to do so.

Contrary to what many White Democratic lawmakers believe,  Latinos are not all dark-skinned, sombrero-wearing, and screaming "Viva México" or on a taco-only diet.

Republicans (most level-headed Americans) contend that if Americans are required to have a valid driver's license to drive a vehicle, board a plane within the U.S.,  and show a passport to travel overseas, they should be able to produce identification to vote.

1. Let in millions of illegals

2. Get the illegals voting 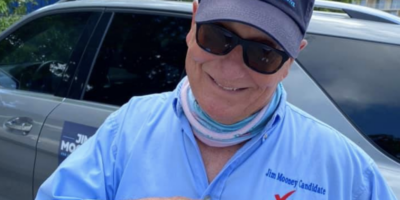 DeSantis: 'the Free State of Florida is Thriving'