This week, Florida Rep. Michael Waltz (R) issued a statement in support of the FY23 Defense Bill. Waltz, who is the Ranking Member of the House Armed Services Subcommittee on Readiness, spoke in favor of the bill, which includes numerous of his priorities.

Praising the House Armed Services Committee for the passing the bill, he said that this bill aims “to address the threats of today by bolstering our military with the funding they need rather than the minimal resources requested by the Biden Administration.”

“With the Committee’s passage of the NDAA, we’ve given our warfighters $37 billion more in resources that take into account our inflation crisis worsened by the policies of the Biden Administration,” Waltz commented, adding that the bill “secured military construction funding for military bases and installations across Florida that ensures the Sunshine State remains the most military-friendly state in our country.”

Citing the Chinese Communist Party as a threat, Waltz expressed that their “technology and military capabilities are advancing as rapidly as its ambitions.”

In turn, the defense bill is a frontline against growing threats with Waltz expressing that it “will help us ensure America can face those challenges and any others while protecting our strategic interests at home and abroad – while improving the quality of life for the men and women of our armed services and their families.”

In a press release from the Florida Republican, several of his priorities are listed in the bill. 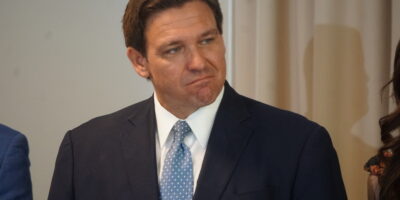