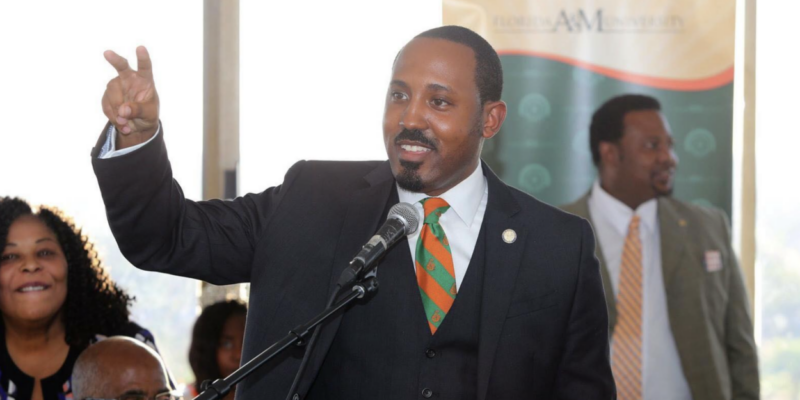 Rep. Alexander, who is accused of groping the male individual and sexting him with inappropriate images and videos, admitted to having a "consensual, adult relationship" with the former college employee behind his wife's back.

"Representative Ramon Alexander has decided to not seek reelection to the Florida House of Representatives. He and his family are in my thoughts as they navigate into this next phase of their lives.

In the near future, our caucus will meet to elect a new Leader Designate to take over when I leave office in November. In the meantime, we will continue to focus on tackling the problems of the state and improving the lives of all Floridians, said Leader Evan Jenne (D).

Much like Gillum, Alexander closeted his infidelity to his wife and compromised his family's privacy, and may have literally exposed himself on video and or in pictures. Gillum as you recall was photographed nude passed out in a Miami Beach hotel and was in the company of a male hooker.

The Floridian broke the story and received a cease and desist order from Gillum's attorney mere hours after the story was posted. The letter confirmed that it was Gillum on the floor of a bathroom within a Miami Beach hotel.

Governor Ron DeSantis's office has not officially commented on Rep. Alexander's resignation, but his press secretary Christina Pushaw did offer her opinion on Twitter, and took a jab at the Progressive and alleged pay-for-play local political website.

"The incoming Florida House Democrat leader just announced that he is stepping aside and not running for re-election in November, following sexual harassment & abuse of power allegations that were NOT MENTIONED AT ALL on the opinion blog “Florida Politics.” Time for a name change?" stated Pushaw.
This story is developing.
Facebook Twitter LinkedIn