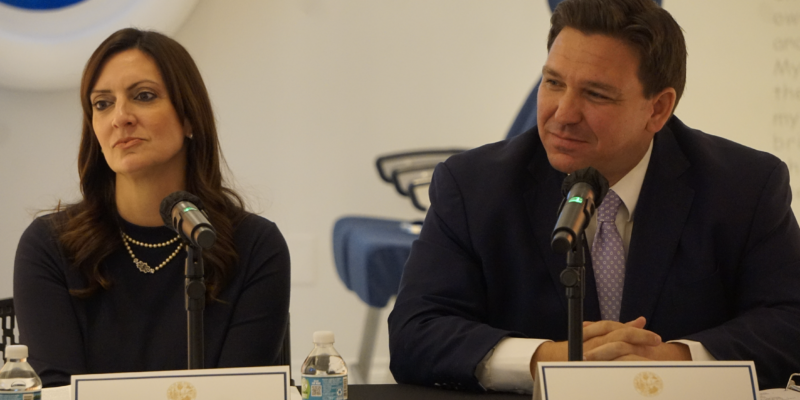 Miami—A week after he announced that he would target hotels and transportation companies for facilitating the transport of illegal immigrants from the U.S. Southern border to Florida, Gov. Ron DeSantis said that non-government agencies that are paying for transport, housing, living essentials for these immigrants would be held accountable.

“What we are working on is anyone who is facilitating this can potentially face restitution and they can potentially face, a profit-generating enterprise is easier to hold accountable on the business side because they want access to Florida’s market,” said Gov. DeSantis. NGO’s are a little bit different, but at a minimum, they would be liable potentially for the restitution, and they should be, and I think that’s totally appropriate.”

Gov. DeSantis added,” If you are bringing people from the border, we are making sure we are sending you the bill for that.”

During a previous press conference last week in South Florida, Gov. DeSantis was asked about the four busloads of potentially illegal immigrants that were bussed into the City of Maitland. DeSantis said his office was looking into the matter and would hold hotels accountable for housing illegal immigrants.

There was speculation that those individuals were here working legally on work visas, but DeSantis confirmed that his administration confirmed their legal work status.