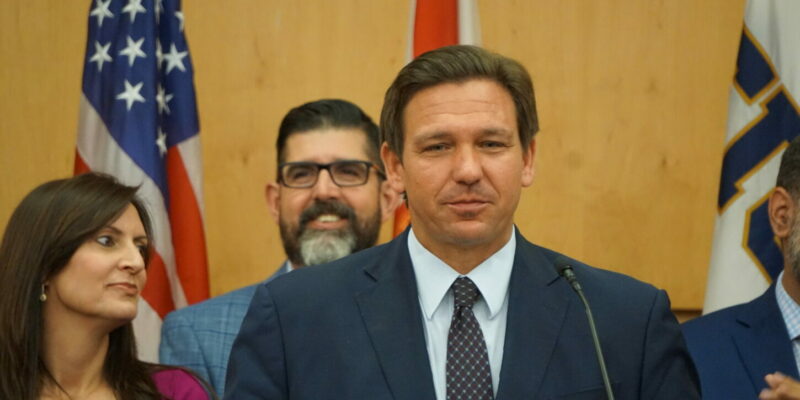 After some brief ceremonial formalities, the Gov. DeSantis quickly jumped to the issue that has made his administration known nationally, branding Florida, "the freeist state in these United States," adding, "While so many around the country have consigned the people’s
rights to the graveyard, Florida has stood as freedom’s vanguard."

Governor DeSantis even went as far as to characterize Florida as, "the escape hatch for those chafing under authoritarian, arbitrary and seemingly never-ending mandates and restrictions."

"Even today, across the nation we see students denied an education due to reckless, politically-motivated school closures, workers denied employment due to heavy-handed mandates, and Americans denied freedoms due to a coercive biomedical apparatus," said DeSantis.

The policies referred to here, DeSantis labeled as, "ineffective," and, "Faucian declarations."  The governor then made the impactful declaration that Florida is the "rock of freedom.  And it is upon this rock we must build Florida's future."

The DeSantis administration has been busy pushing back against disputes over accusations of "stockpiling" tests.  The Floridian confirmed that there had been between 800 thousand and 1 million expired COVID-19 tests kept in a warehouse.  However, the governor recently fired back at the federal government, blaming their failures, "on a lack of monoclonal and therapeutic treatments for COVID-19."