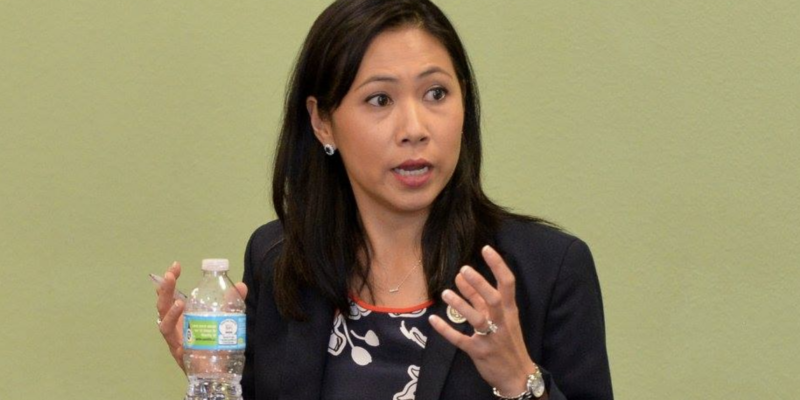 Democrats are dropping out of Congress at an alarming rate in the months leading up to the 2022 midterm election.

The Floridian first reported that the latest victim to quit her job in the House of Representatives was Rep. Stephanie Murphy, who faced long odds at winning re-election after Republicans released a potential redistricting map that drew her out of Congress.

Speculation that Rep. Murphy would drop out was growing for months, as many politicos believed that she would do it once the redistricting maps were finalized.

Some of the Democrats that could run for congress to replace Murphy are State Reps. Carlos Guillermo Smith and Anna Eskamani, and former Lt. Gov. Chris King.

All three are considered very progressive. So, the trio could be dead on arrival.

At this rate, Republicans could wind up with a 30+ majority in the House on election night. READ MORE

It’s hard not to go after the little guy after just about all of his COVID rantings over the past year or so have been disproven. Gov. DeSantis is capitalizing on Fauci’s blunders. READ MORE

Former President Donald Trump has made another endorsement in Florida—Rep. Vern Buchanan

"Congressman Vern Buchanan is a terrific representative of the people of Florida. He is working hard to lower our Taxes, grow our Economy, support our Military and Vets, protect our Seniors, and defend our Second Amendment. Vern has my Complete and Total Endorsement!"

Rep. Val Demings-I reject politically motivated lies which seek to undermine faith in our elections. No matter your ZIP Code, gender, race, background, or political party, I will never stop fighting for your right to vote.

Rick Scott-For 20 years, Communist China's @WTO membership has given false credibility to a bad actor. We need answers from @AmbassadorTai about how Biden will stand up to Communist China’s unfair practices & refusal to comply with the Phase 1 trade agreement.

Rep. Anna V. Eskamani -Appreciate the love folks are giving me to run for Congress — I don’t take any of that for granted! Right now I’m focused on my FL House re-election, our @PeoplePowerFLA #VoterReg work, delivering the best constituent services while fighting for FL during legislative session.

"Cory Mills: Embracing our America First way of Life" OPINION—In less than one year, Americans will head to the polls to vote to overthrow the failing Progressive Socialist experiment and America Last Agenda that Congressional Democrats have been pushing ever since they cheated their way into controlling the three branches of government.