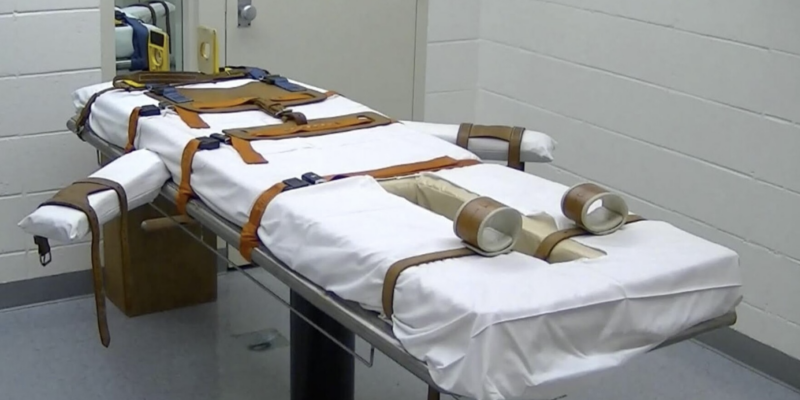 Facebook Twitter
TALLAHASSEE — The Florida Supreme Court is considering a proposal that would allow Death Row inmates to represent themselves in certain court proceedings, an idea that has drawn opposition from defense attorneys, prosecutors and mental-health advocacy groups.

Justices last week scheduled a Feb. 10 hearing on the proposal, which centers on circuit-court proceedings that take place after defendants have been convicted and sentenced to death. The “post-conviction” proceedings often involve issues such as whether defendants received adequate legal representation in their trials or whether newly discovered evidence could clear them.

The proposal, which was released in May, has spurred opposition from a wide range of groups that argue Death Row inmates are not qualified to represent themselves in the often-complicated proceedings, including many inmates who have mental illnesses.

“Florida law does not protect capital defendants with serious mental illness from execution despite significant obstacles to their ability to fully participate in capital proceedings,” said a document filed in August by the Florida Mental Health Advocacy Coalition. “This problem is heightened in capital post-conviction, a particularly complicated part of the capital process, even for the most experienced lawyers. It is also the final opportunity for a capital defendant to prove to a court that they should not be killed. The proposed amendments ignore this reality and must be rejected.”

Five state attorneys filed comments in September opposing the proposed change. Miami-Dade County State Attorney Katherine Fernandez Rundle, for example, wrote that it is unlikely defendants “could competently represent themselves in a capital post-conviction setting” — a view echoed by the Florida Association of Criminal Defense Lawyers.

“A defendant sentenced to death who wants to proceed pro se (representing themself) cannot be expected to have the education and legal expertise that this (Supreme) Court requires of an attorney who would represent that defendant,” the defense lawyers group wrote in October. “A large portion of inmates on Florida’s Death Row also suffer from mental health disorders, adding to the complication related to self-representation.”

The proposal does not detail why the Supreme Court is considering the change. But in 2014, when the Supreme Court adopted a rule that included preventing Death Row inmates from representing themselves in such proceedings, Justices Charles Canady and Ricky Polston dissented from that part of the rule.

Canady, now the chief justice, wrote in a brief dissent that he did not support “prohibiting defendants in capital post-conviction proceedings from representing themselves.”

The Supreme Court has undergone a major ideological shift to the right during the past three years, after Republican Gov. Ron DeSantis was able to replace longtime Justices Barbara Pariente, R. Fred Lewis and Peggy Quince, who were required to retire in January 2019.

Pariente, Lewis and Quince helped make up a generally liberal majority, and the conservative Canady-led court has shown a willingness to revisit death-penalty legal precedents.

Criminal defendants generally have a right to represent themselves in court, but that right has not been extended to the post-conviction proceedings in death-penalty cases. The proposed change would involve amending a rule of procedure for the courts system.

Attorney General Ashley Moody’s office, which handles large amounts of death-penalty litigation, has not submitted a filing to the Supreme Court taking a position on the proposed change.

The Florida Department of Corrections also has not taken a position, but it submitted comments in August that said the “proposed changes would entail significant logistical and security challenges for FDC (the department) in pro se proceedings.”

“An inmate proceeding pro se in capital post-conviction litigation might require additional resources, as well as additional access to law library materials beyond what is contemplated in (the Florida Administrative Code),” the department said in the filing. “Documents are commonly provided to defense counsel in electronic format, which would require increased technology access for a pro se inmate to review. For example, (the Florida Administrative Code) governs inmate property and for security reasons does not contemplate allowing inmates to possess disks, memory cards or other electronic storage media. Storage of files and legal materials by inmates is limited in quantity and might be found to be insufficient for the needs of a pro se capital post-conviction litigant.”