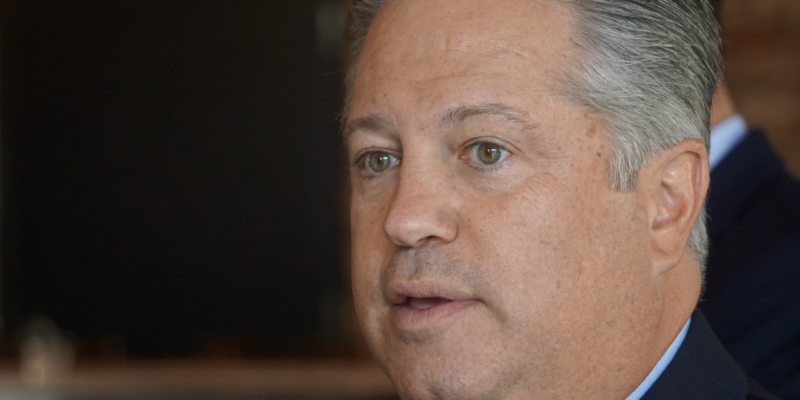 In an exclusive interview with Ed Pozzuoli, the CEO of Tripp Scott, Chip LaMarca not only reflected on issues of the past, but also gave constituents a hint of what he plans to bring to the table this upcoming legislative session.

Rep. LaMarca, who sponsored multiple bills on Florida's youth and education, has now made Florida's younger residents and their families the centerpiece of his legislative goals this Winter.  This includes the expansion of programs such as KidCare.

In his own words, Representative LaMarca hopes to, "incentivize people to do well with their lives." The state rep continued, "What better to incentivize somebody to make sure that as they're doing better for themselves, maybe a promotion, a degree, or certificate, whatever it might be, that they can bring their kid's coverage with them."

LaMarca intends to bring this to the state and federally funded program by establishing, "a scaled glide path 50, 150, 250 dollars per child, where it is now once you make above that number, it's $250 per child.  So you basically kind of have to decide whether you want to get a promotion or pay for your kids' health insurance."

Rep. LaMarca also happened to be a big proponent of bringing changes to collegiate sports, specifically allowing college athletes to earn money off of their name, image, and likeness.  Now, LaMarca hopes to, "level the playing field," for students nationally by ensuring the state can stay competitive.

This would include, but is not limited to establishing financial literacy for the students, "continue to have the guard rails," and "make sure there are no difference in Florida versus Alabama in state laws."

While many are still adjusting to the new NCAA policy and state legislation on the issue, Rep. LaMarca is perfectly fine with college players taking in profits, describing it as the "free market." This year, LaMarca looks to have an unorthodox, but highly effective presence during the 2022 legislative session.

Stephanie Murphy Will not Seek Re-Election to Congress