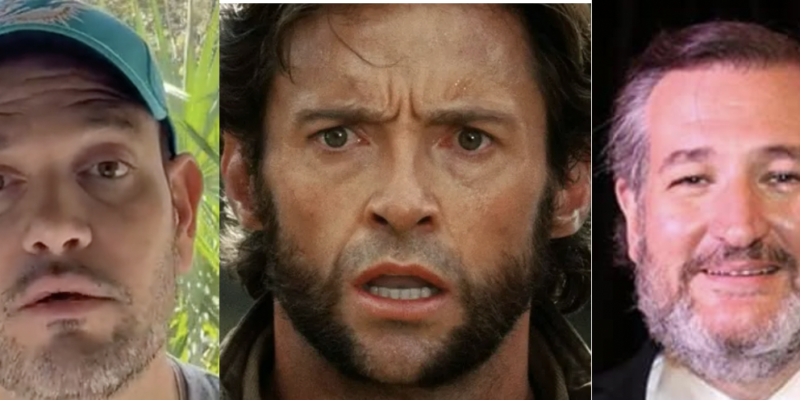 Florida Senator Marco Rubio put out a Christmas Eve day message warning about the  "Omicron crisis" and at the same time poking fun at Senator Ted Cruz, saying that he looks like a wolf with a beard.

Forget about the ridiculous 10 day isolation period the CDC is still telling people to observe even if they are not symptomatic, but do test positive for the milder Omicron Covid-19 virus.

The real story here is the usually clean-shave Sen. Rubio wearing his scruff while taking a jab at the Senate "Wolverine" Cruz.

Rubio is right, Sen. Cruz, who grew out his beard resembled a furry creature. We recently also poked fun at Cruz, telling him that he did resemble the Wolverine from the X-Men movie series.

"Don't read too much into this, I'm not growing a beard. I don't want to look like these guys I serve with, some of them look like wolves. I'm not doing that," quipped Rubio.

We are facing an #Omicron crisis

Not because of the virus, but because @CDCgov still wants vaccinated workers who aren’t sick to isolate for 10 days pic.twitter.com/eLWUmDDJ4W