After the riot that took place on January 6th at the U.S. Capitol, where elements of ANTIFA, Right-Wing Extremists, and other anti-government factions stormed the building that left several people dead, Speaker Nancy Pelosi convened a House Select Committee lead by Florida Rep. Stephanie Murphy to investigate what, or who caused one of darkest moments in American history.

During an interview with MSNBC, Rep. Murphy dispelled any and all rumors circulating on social media platforms that her committee was not serious enough to carry out and enforce their subpoenas.

“We intend to enforce our subpoenas and the first step will be for us to pursue criminal contempt,” stated Rep. Murphy. What that means is the committee will put together a report, and then refer it to the House floor. There will be a vote, and then it goes to the Department of Justice.”

Murphy continued, saying that what her committee is pursuing is “so critical to our democracy and to the future of this country,” and that Republicans refused to accept the result of the election, concluding that “What we saw on January 6th was an attempt to use political violence to change the outcome of an election.”

But while Murphy and her Democratic colleagues in Congress continue to criticize Republican lawmakers for challenging the results of the 2020 general election, Murphy does not mention the precedent set by Democrats that fueled the Republican challenge of questioning the election results.

In 2001 and 2017, House Democrats and One Senate Democrat, tried to overturn the respective presidential races of the previous year, just like Murphy is accusing Republican lawmakers of doing.

“In 2017, Democratic representatives including Jamie Raskin of Maryland and Barbara Lee of California attempted to challenge Trump’s presidential victory, citing voter suppression and Russian interference. A dozen or so Democrats tried something similar in 2001, after George W. Bush’s controversial win. The challenge that got the furthest came in 2005, when then–California Senator Barbara Boxer joined Stephanie Tubbs Jones, a congresswoman from Ohio, to disputed electors from Ohio, triggering a debate on the Senate floor. Boxer used her time to air concerns about long voting lines and the lack of ballot boxes in heavily Black precincts.”- The Atlantic

Murphy could face tough re-election to the House of Representatives in 2022 as growing Republican momentum is expected to flip control of Congress back to the GOP.

Murphy’s seat is now up for grabs with redistricting expected to make the seat lean a bit more Republican. 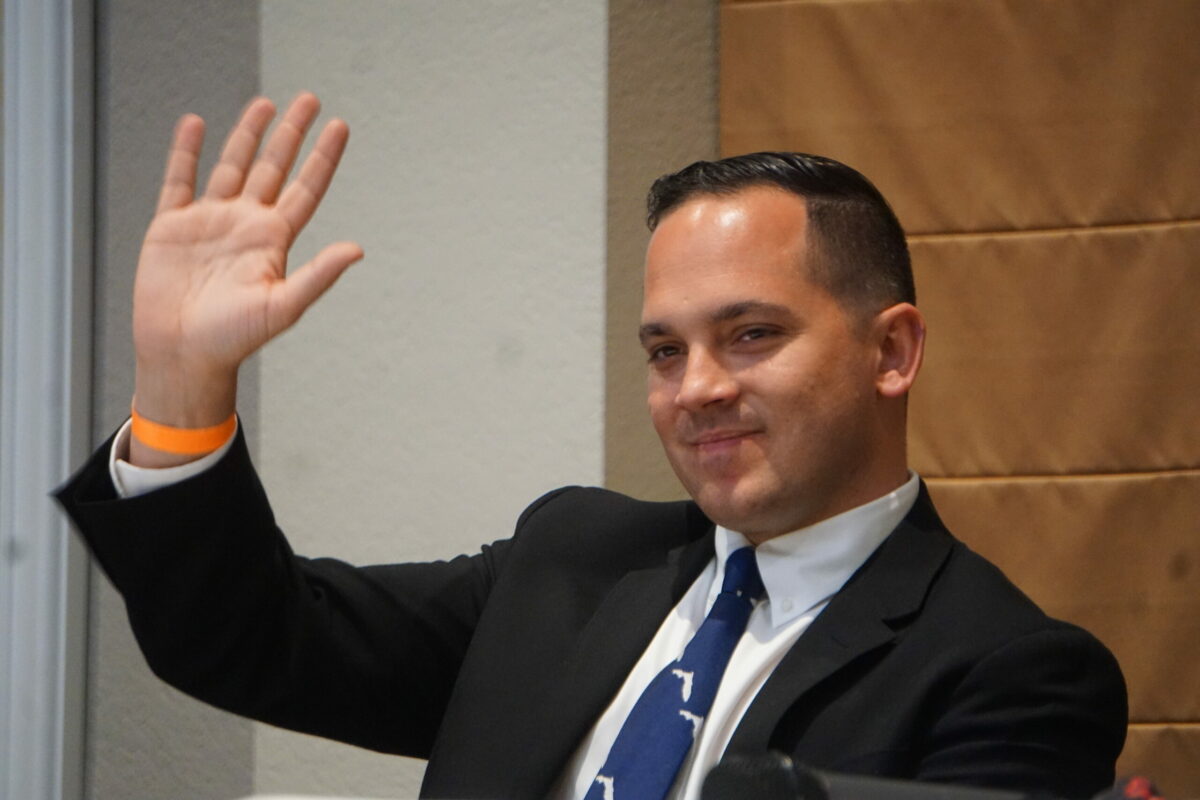 Sabatini Pushes for Total Ban of Vaccine Mandates in FL