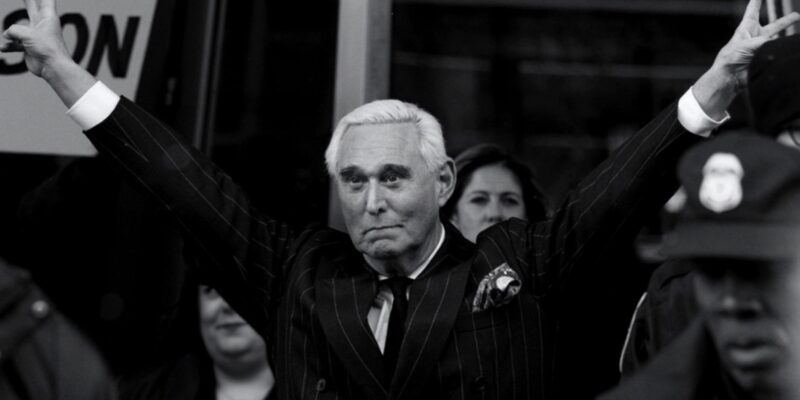 Roger Stone sat down with the Floridian to go over some recent revelations in national politics, including the Capitol Police Civil Suit that named him as a defendant.  Stone previously pledged to "disbar" the lawyers who filed the Capitol Police suit, and now he is calling the government's complaints a "political hit case."

Mueller's report goes back several years in which Stone still maintains his total innocence.  He and former President Trump (R) have famously branded the Russia investigation a hoax, but now Stone is flat out calling these new allegations "legally false."

"That Civil complaint filed by the Biden Justice Department at 6 o'clock on a Friday makes numerous assertions that try to imply the sensationalized way that my wife and I have evaded taxes or hidden assets, but that is simply not true,"  said Stone, adding "There are actually nine allegations by the government in their formal complaint that are indisputably and easily provably and legally false."

Stone then informed The Floridian that in the face of this litigation he "will not settle" and intends to take this matter all the way to trial to prove "This is a political hit case." Adding "It was written like a press release."

Stone described the lawyers as a "flimsy, shady, Left-wing, Democratic hit group."  Stone has already been sued twice before with allegations that he colluded with the Russians and Wiki Leaks which all essentially amounted to nothing.

The Floridian previously reported a one on one interview with Stone last week, where he called the lawsuit from Capitol Police "Baseless and political" adding today that everything he said or did on January 5th was constitutionally protected by the right to free speech, “This is a meritless lawsuit; this is a baseless lawsuit.  The lawyers who filed this perpetrated fraud upon the court.”

Hurricane Ida Victim: 'Where is the President?'