Sen. Rick Scott (R-FL) grilled Chairman of the Joint Chiefs of Staff, Gen. Mark Milley, on his willingness to reveal to reporters "sensitive information" and "private discussion" that he had with former President Trump, but is refusing to share now on the recommendations he gave President Biden regarding the botched Afghanistan withdrawal.

Milley revealed to the Senate Armed Services Committee members earlier Tuesday that he spoke to several reporters who were writing books about the previous administration, including the two Washington Post authors of "Peril." The recently released book revealed explosive reporting that claimed that Milley sought to undermine Trump in secret phone calls with China.

In his first public comments on the controversy, Milley defended the secret calls to China conducted last year in October and earlier this year in January, confirming large accounts of the recent book. In his opening testimony, Milley claimed that calls were "generated by concerning intelligence that caused us to believe the Chinese were anticipating an attack by the United States” and was told to diffuse the matters.

During his allotted time of questioning, Scott pressed Milley on his decision to speak with reporters about the past administration, pointing out that some of those who have authored books have stated that the General had indeed shared the private conversations he had with Trump.

The top general declared that he talks to the media "routinely," multiple times a week, claiming " it’s very important that senior officials talk to media in all its various forms in order to explain what we’re doing."

Scott countered the general's assessment, arguing that now Milley is refusing to disclose to lawmakers the type of recommendations he had given to Biden concerning the botched handling of U.S. troops' withdrawal in Afghanistan. However, Milley pushed back on this assertion, noting that he hasn't read the books the reporters interviewed him. 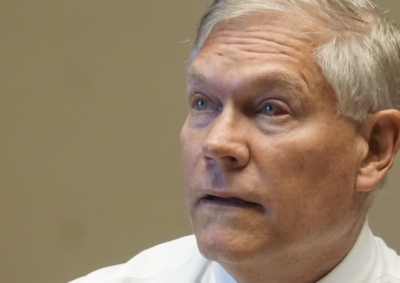