House Speaker Nancy Pelosi (D-CA) is struggling to keep her caucus in line, as the infighting between the moderate and progressive continues to drags on, causing massive delays for Democrats who are scrambling to lock up the votes needed to pass the multiple crucial bills ahead of key looming deadlines just a day away.

“We have a responsibility to uphold the full faith and credit of the United States of America. That’s what we have to do. Pelosi told reporters Wednesday following a closed-door meeting with her caucus.

Moderate Democrats, including Reps. Stephanie Murphy of Florida, Kurt Schrader of Oregon, and Jared Golden of Maine are threatening to tank the debt vote, over concerns the vote would be nothing more than a show vote and could be used against them in their reelection bids during the midterm election.

Pelosi slammed the handful of moderates Democrats who are opposing to vote on suspending the debt ceiling, saying she doesn’t have “patience” for their shenanigans.

“These members have all voted for this last week. So if they’re concerned about how it might be in an ad, it’s already in an ad. It’s already in an ad, so let us give every confidence, every step of the way that we will do that. We cannot predicate our actions in the House on what could happen in the Senate, we can when we’re coming to an agreement on a bill, but in terms of this. I have no patience for people not voting for this,” Pelosi said.

Pelosi can only afford to lose three defections votes, as no House GOP lawmakers is likely to pass the measure. However, if Pelosi can whip her caucus to stay in line and it pass in the House, the debt bill is likely doomed when it heads to the Senate. Unless the debt provision is attached to the reconciliation package in order to pass without any GOP support, a move that Democrats are refusing to play.

During a closed-door meeting Wednesday morning, Pelosi lambasted the Mod Democrats who have been privately threatening to tank the debt ceiling measure. However, the mod Democrats, led by Murphy and Rep. Kathleen Rice (D-NY) struck a deal with Pelosi, vowing to give her the votes she need in exchange for the House Speaker to offer a vote on a measure on creating a report card on the nation’s fiscal standing.

Republicans are staunchly opposed to any measure of hiking the debt limit, arguing the issue should be resolved within the majority party — meaning they could add a bill to raise the debt limit within the reconciliation. Democrats are refusing to do this provision solo, declaring they won’t set a precedent in which only one party is responsible for paying the country’s debt bills that were racked up amongst both parties.

Congress has about three weeks to pass a bill either raising or suspending the federal debt limit or the U.S. would default for the first time in U.S. history. Treasury Secretary Janet Yellen revealed a specific date to lawmakers of the potential economic disaster — October 18.

Pelosi in a Dear Colleague letter to her caucus member alerted them that she plans on bringing up the debt ceiling standalone bill to the House floor Wednesday.

“Today, the House plans to move forward to honor its responsibility to protect the American economy and American families from the catastrophe of a default by passing legislation to suspend the debt limit,” Pelosi said in the Wednesday letter. “We cannot and will not allow Republicans’ extremism and utter lack of concern for families to drive our economy into the ground.”

“The full faith and credit of the United States should not be questioned,” the letter added. “We must act now.  Yesterday, Secretary Yellen announced that by October 18th, the Treasury is set to exhaust extraordinary measures and cash on hand, leading us barreling towards a default.

Democrats leadership, according to a source who spoke to The Floridian ahead of the House vote said they are weighing the option of passing the bill through a reconcilation process. However congress will pass the buck in giving the responsibility of raising or suspending the debt limit to Yellen’s hand, thus moving forward without requiring additional approval.

During a back-and-forth with a reporter in a gaggle after a caucus meeting, Pelosi revealed that she might delay the already re-scheduled Thursday vote on the $1.2 trillion bipartisan infrastructure bill, saying she has the authority to do so.

“The Speaker has that authority to delay the vote, but I want it to pass. So what we wanted to do is to pass tomorrow, and anything that strengthens the hand of the Speaker helps pass the bill,” Pelosi said.

Pelosi previously had reached an agreement with moderate Democrats last month to hold a vote on the infrastructure bill this past Monday but changed course. 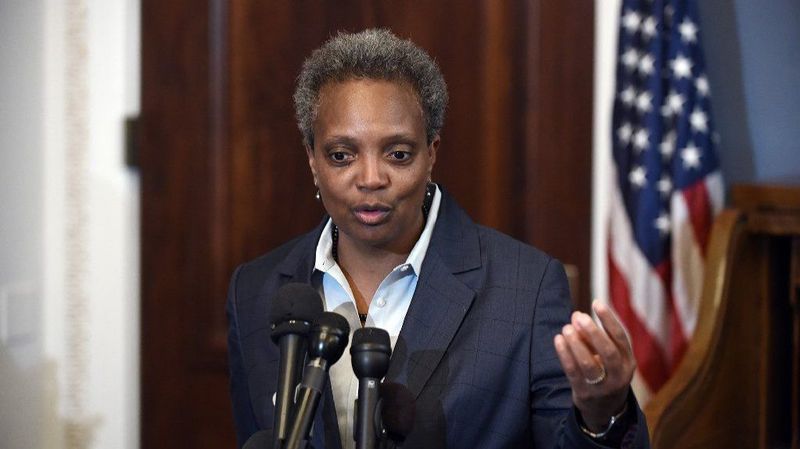