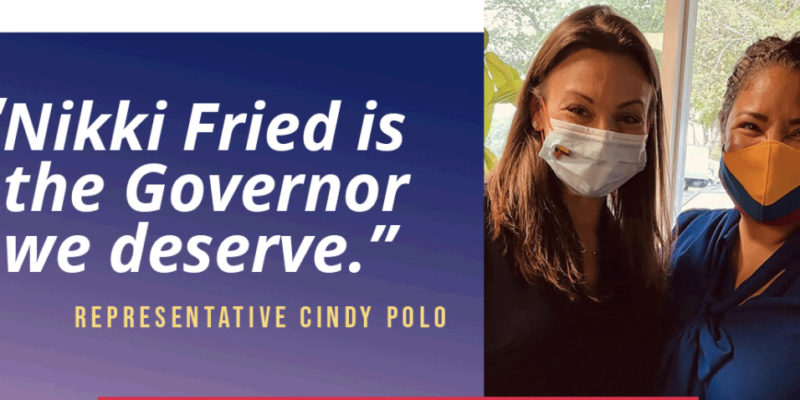 “During the 2018 campaign, Ron DeSantis showed us all who he really was: a politician who will stoop to political propaganda to stay relevant. His attempts to engage radicals and score political points did not end on election day, sadly persisting at the expense of our children,” stated Polo in a fundraising email for Commissioner Fried.

Polo also recently penned an op-ed in the Miami Herald  where she  endorsed Fried’s 2022 gubernatorial campaign, saying that she was looking for a candidate with “humanity, courage, and integrity.”

Polo, who checked her integrity at the door a very long time, appeared to express her bigotry against Cuban-Americans when she tweeted that Cuban-Americans “turn their backs on immigrants” like Colombians, Venezuelans, Nicaraguans, and Hondurans” during the 2020 presidential election cycle.

“But when it really matters, when it really counts, they turn their backs on immigrants like COLOMBIANS and VENEZUELANS NICARAGUANS HONDURANS etc…To watch CUBAN REPUBLICAN OFFICIALS standing next to@IvanDuque gives a very very false narrative – one that Latinos are falling for,” tweeted Polo.

Polo, who wrote of her apparent disdain towards Cuban-Americans, was upset that Cuban-Americans posed for a picture with former Colombian President Ivan Duque at a Republican-hosted event in Miami.

In the same picture, current Democratic State Senator and potential 2022 gubernatorial candidate Annette Taddeo was also nestled in with the group of  Colombian and Venezuelan-hating Cuban Americans. Sen. Taddeo is of Colombian descent.